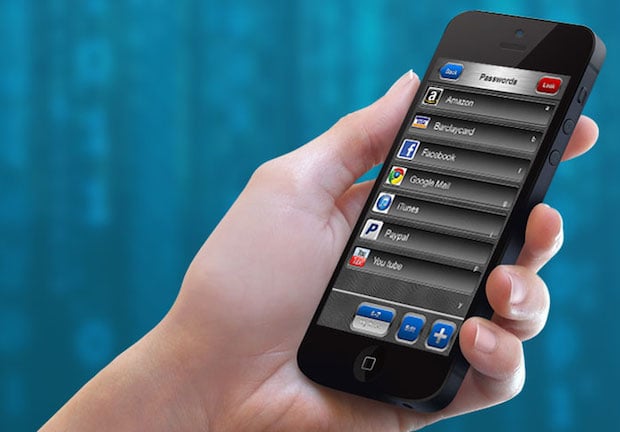 It’s in the Oxford Dictionaries Online, it’s even been dubbed the word of the year 2013, and now, it’s also a highly secure way to encrypt your personal data. We’re talking, of course, about the selfie, which added the last of those three abilities to its repertoire recently with the debut of iOS app FaceCrypt.

FaceCrypt was created by some security geeks with years of experience under their belts. The issue, as they see it, is that we keep a ton of important info on our iDevices, and your standard passwords, even strong alpha-numeric ones, don’t hold a candle to facial recognition. After all, with few exceptions, your face is unique to you.

Instead of using your standard password, all of your info — be it passwords, photos, credit card numbers, passport data or that note reminding you where you hid the kids Christmas presents — is locked inside of a vault that can only be opened using biometric face recognition and a selfie… although we suggest you keep a straight face since duck lips might throw the system off. 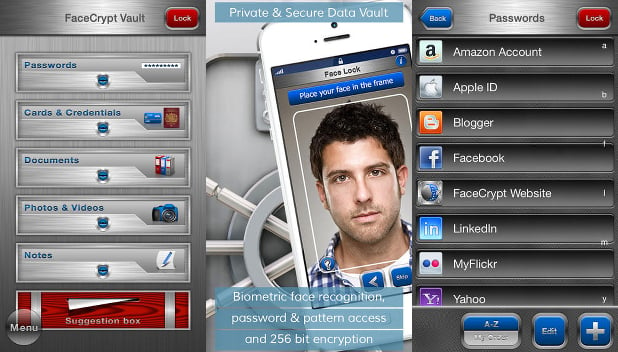 To keep things even safer, individual ‘drawers’ in the vault can be locked with additional security measures; and the app can be set to prompt the user to blink so that someone with a picture of you can’t access the app by holding up your mug shot.

The app comes in two varieties, a $5 version and a $7 version, with the $7 version featuring an icon generator — up to you to decide if that’s worth the extra two bucks. To learn more about the app head over to the FaceCrypt website, or pick up either the Basic or Plus versions from the iTunes App Store by clicking on the corresponding links.