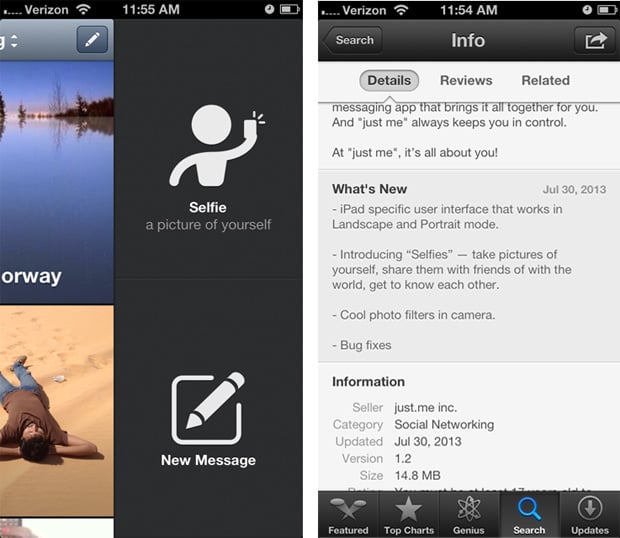 Mobile messaging service Just.me has released a new update (version 1.2) to their iOS application that brings the wonderful world of selfies and Instagram-like filters to the fingertips of its users.

The move comes as the world of social networking continues to expand at a rate potentially faster than that of the universe itself, and people simply cannot just get enough of uploading pictures of themselves for friends and strangers to see.

The selfie option is very hard to miss — a rather large button above the “New Message” toggle when composing a message. Ten filters that will help make your picture stand out can be applied along with a blur effect that’ll sprinkle in some fabricated bokeh goodness. The app automatically tags selfie shots with “#selfie” as if it wasn’t already blatantly obvious. A kind gesture, nonetheless. 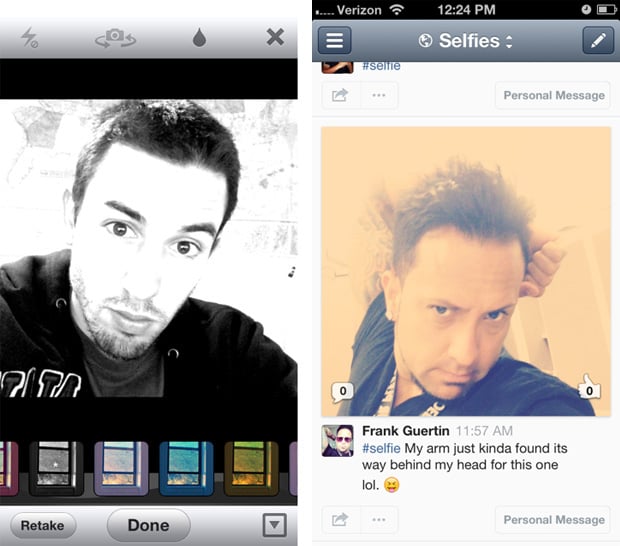 Just.me’s public feed is quite literally flooded with selfies from around the globe right now, but if your bag is to keep those mug shots private, the service allows users to restrict just who’s peering at your face.

It should be noted that users of Just.me were already uploading their selfies for the community to see, but Just.me founder Keith Teare notes they’ve wanted to make the process easier:

“Users now have a single place to post and see the best selfies from around the world. Given that users are increasingly using their mobile devices to be social – without the need to join a social network – it was a natural step for us to fully support and embrace the emergence of the selfie as a new way to communicate and message your thoughts, feelings and disposition with friends or the public,” he says.

If you’re looking to download Just.me for iOS, it’s available for free on the App Store.

A Tour of the Hardware Found in Modern Smartphone Cameras

Groin Punches and Verbal Abuse: The Perils of Celeb Photography