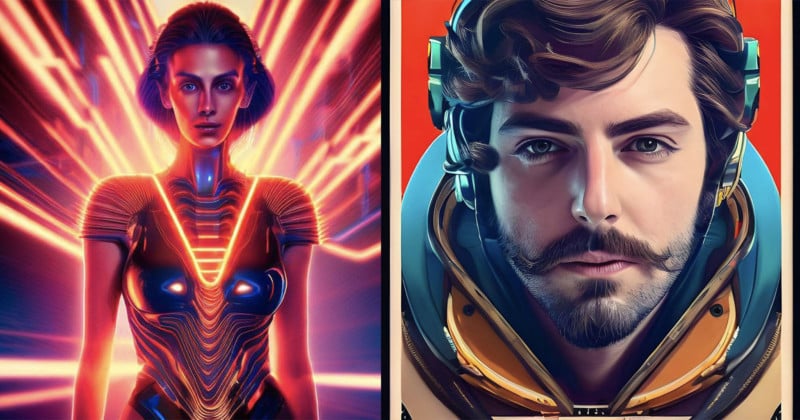 Photo editing app Lensa AI has soared in popularity this weekend to take the number one spot in the U.S. on Apple’s App Store charts — after its artificial intelligence (AI) selfie generator went viral.

AI-powered photo editing app Lensa has been around since 2018. It offers an array of tools that includes allowing users to remove objects from photos, remove blemishes from selfies, and change backgrounds.

However, Lensa saw a surge in interest when it launched its AI selfie generator feature, “Magic Avatars” in late November.

The selfie generator took social media by storm and it boosted Lensa to the top of Apple’s App Store charts — beating the likes of TikTok and Instagram.

These AI photos generated by @PrismaAI are kinda crazy 😳🔥 pic.twitter.com/A0CtkX4he2

Lensa’s AI selfie generator, “Magic Avatars” processes a user’s images to create a series of stylized portraits that look as if they have been created by a digital artist.

Lensa uses the open-source Stable Diffusion model. Users need to upload 10 to 20 photographs of themselves to enable the app’s AI selfie generator to produce an avatar of them in styles such as Pop Art, Fantasy, and Anime.

“This is not a filter or an effect,” the app, which was developed by California-based Prisma Labs, writes. “These AI avatars are generated from scratch but with your face in mind.”

“Upload 10-20 pictures, give it a few minutes, and get hundreds of artworks created by #artificialintelligence for you!”

TechCrunch reports that Lensa has amassed about 22.2 million worldwide downloads and almost $29 million in consumer spending since its launch in 2018 according to digital analytics platform, Sensor Tower.

But in the last month, the app has seen a significant spike with the release of magic avatars. The app was downloaded 1.6 million times in November, up 631% from 219,000 downloads in October.

The U.S. is Lensa AI’s largest market, generating 58% of consumer spending, but the app is especially popular in Brazil right now. Of all November downloads, 31% were from Brazil, where installs climbed 24,450% month over month.

Modern AI is pretty crazy these days. @PrismaAI took a swing on me and the results are crazy in my opinion. Very rich details and unique spin on looks. Going to have some fun with this. #ai #MachineLearning #gpt4 #tensor #gpt3 #PyTorch #cuda @nvidia pic.twitter.com/iVuA510YNQ

Lensa is available on iOS and Android. The app offers a free seven-day trial for new users.

However, the “Magic Avatars” cost even during the free trial with 50 unique avatars in five variations of 10 styles priced at $22.90.

Prisma Labs, the team behind Lensa AI, tells TechCrunchthat it uses Amazon Web Services (AWS) cloud services to process users’ photos. As soon as an AI model is trained on a user’s photos, the images are immediately deleted.