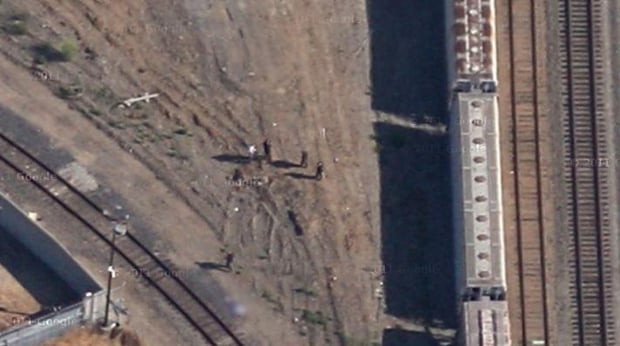 Google has agreed to replace a Google Maps satellite image of a Richmond, California railroad yard that may show the body of a murdered teenager.

The body of Kevin Barrera, 14, was found near some Richmond railroad tracks in 2009, beaten and shot to death. His father was perusing Google Maps last week when he stumbled upon a satellite image of the area that shows police examining what appears to be a body. Based on the location, Barrera believes it’s his son and began lobbying Google to replace it with a current image.

(Out of respect for the family, we decided to blur out the body in the above image. Click here if you would like to see the whole thing.)

Exactly what the map segment shows is unclear, as it’s watermarked with a 2011 date, two years after Barrera’s killing. Richmond has a per-capita murder rate that perennially ranks as one of the nation’s highest, so it’s entirely possible the body could be somebody else killed around the same spot two years later.

Brian McClendon, vice president of Google Maps, said in a written statement reported by CNN that the company would replace the image with a current one as soon as possible, but it might take as long as eight days.

“Our hearts go out to the family of this young boy,” he wrote. “Google has never accelerated the replacement of updated satellite imagery from our maps before, but given the circumstances we wanted to make an exception in this case.”

Google routinely blurs out faces, license plates and other identifying details in Google Maps and Street View images, along with offensive content reported by users, but re-photographing a scene is highly unusual.