The “quit your day job and go on the adventure you’ve always dreamed of” piece of advice is given so often as to almost be cliché. And yet, many of us are still blown away when someone actually finds the guts to do just that.

And, well, if they capture a time-lapse so gorgeous it gets National Geographic‘s attention in the process, all the better for us photography blog types.

For photographer Shane Black and two of his photographer friends, the trip began as a not-entirely-kidding-but-sorta-kidding joke. They joked amongst themselves about leaving their day jobs for a two month-long road trip right up until plans got so serious they wound up actually doing it. 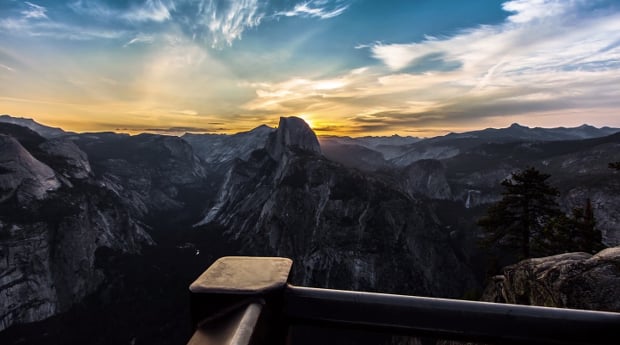 On the other side of the month’s notice (and what we imagine was a bit of fear) lay a Dodge Caravan (without cruise control) and a 13,000 mile journey that included 32 states and 13 national parks.

They supported themselves financially by a combination of a Coca-Cola and Flickr sponsorship and teaching photography workshops in major cities along the way. But for Black, the work for the day didn’t stop when the other two turned in.

“Most nights I’d actually drop them off at a hotel around 10 or so, and head back out for shooting the stars until about 3 a.m.,” he tells National Geographic. 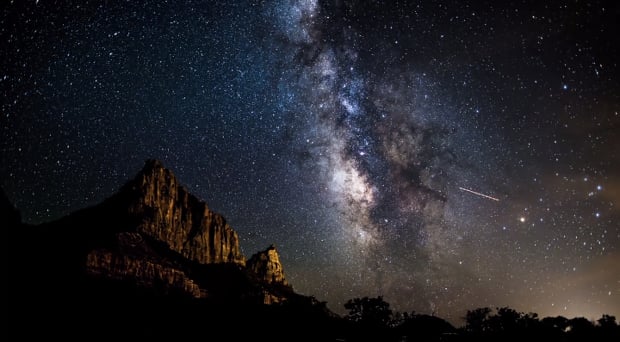 What resulted is the breathtaking time-lapse at the top, and the desire to take yet another workshop-supported trip next summer.

But don’t worry, Black isn’t returning to his old day job, which involved feeding cockroaches at the Scotts Miracle-Gro headquarters in Marysville, Ohio. No, he plans to move to the Pacific Northwest where “mountains and dark skies” await him.