Joe Capra of Scientifantastic is a Los Angeles-based time-lapse cinematographer, photographer and filmmaker who gets to travel around the world shooting beautiful footage of beautiful places. When you’re done envying his job though, it’s worth taking a look at some of what he’s put together. Most recently, a gorgeous time-lapse tour of Rio de Janeiro and the Iguazù Falls.

The time-lapse above is made up of clips he shot on assignment for a major electronics manufacturer in Rio, and it couldn’t come at a better time. In 2014, much of the world will have its eyes on Rio for the FIFA World Cup; and in 2016, the Summer Olympic Games will have the whole world watching … might as well get acquainted now. 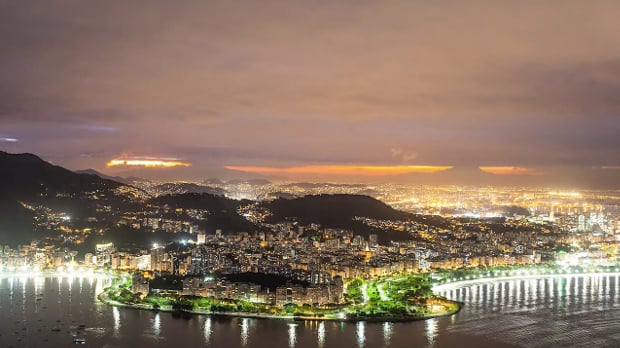 In addition to the stunning footage captured in Rio itself, Capra also took this opportunity to visit the famous Iguazù Falls on the border between the Brazilian state of Paraná and the Argentinian province of Misiones.

Iguazù Falls, in case you’re unfamiliar, was named one of the new Seven Wonders of the World in 2011, and is one of the most beautiful places on Earth. Talk about an ideal subject for a time-lapse.

Gear wise, Capra used his 5D Mark III, 5D Mark II, PhaseOne IQ180 and a variety of Canon lenses depending on the occasion. If you haven’t already, be sure to click play at the top. And if you’d like to see more of his work, head over to his website by clicking here.