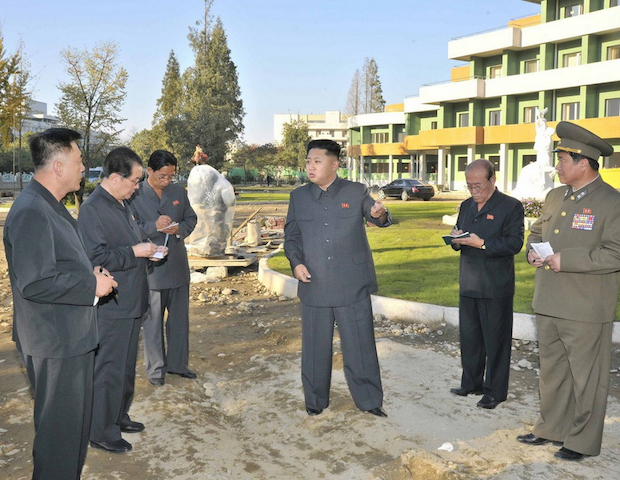 The image above, which was published by Pyongyang’s official news agency KCNA, seems to show Kim Jung-un and some of his underlings touring the site of a children’s hospital. However, like so many of the photos released by KCNA in the past, its authenticity is being called into question.

According to Kotaku, Internet commenters have pointed out several issues with the photo that seem to indicate that Kim Jung-un and all the rest were inserted and not actually there. It’s nothing as obvious as China’s floating inspectors you might remember, but there are several strikes against the photo.

For instance, Kotaku points out the odd shadows around the hands, one case of slightly “floaty” feet, and overall fuzziness around the legs. An error level analysis via Photo Forensics also seems to show some rainbowing and other signs of Photoshop manipulation — the consensus seems to be that if it’s not entirely fake, then it has at least been altered. 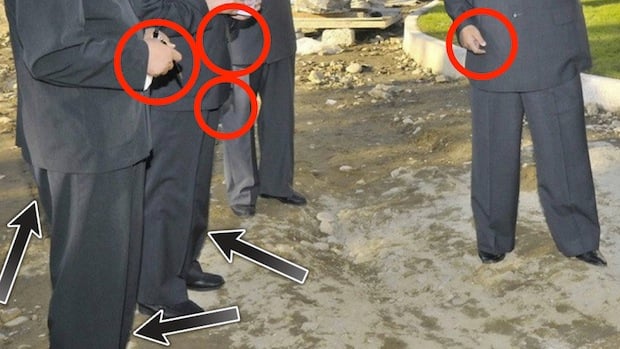 This wouldn’t be the first time North Korea made the news for doctoring an image, but it has been a while since the county made such headlines. The last time was a military exercise where the North Korean government seems to have exaggerated the number of hovercrafts they had at their disposal.

But the difference between that photo and this is that this one doesn’t seem to be controversial enough to require any Photoshop, leading many to accuse detractors of imagining manipulation where there is none. Others say that a single light point above the camera or even a reflector could lead to “fuzzy” artificial looking edges.

What’s your take on the matter? Is this another North Korean Photoshop goof up or are people picking on North Korea and trying to find Photoshop where there isn’t any? Let us know in the comments down below.