Red Bull has an appreciation for the potential of mixing photography with death-defying stunts. If you need an example, look no further than some of the Red Bull Illume projects we’ve covered in the past.

But Red Bull’s most recent foray into photography didn’t have to do with epic light painting or expensive gear: instead, the company teamed up with three top U.K. Instagrammers to document the Red Bull Cliff Diving World Series in stop motion.

The event took place mid-September at the Blue Lagoon on the Pembrokeshire coastline in Wales, a photogenic location if we’ve ever seen one. And although you might think the location was wasted on Instagram, think again. Each of the three prolific Instagrammers involved — @danrubin, @jeera and @chaiwalla — used high-end SLRs to shoot the day. 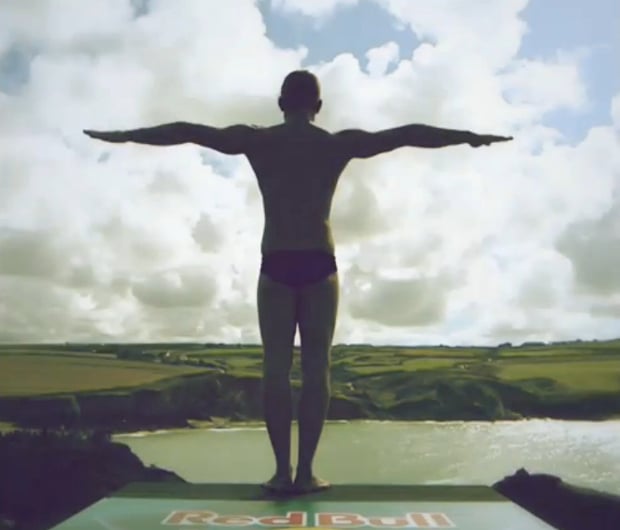 Armed with a Canon 5D Mark II, a Canon 7D and a Nikon D600, the three photographers spent all day shooting everything from the setup to the actual competition itself. What turned out was a 2-minutes top motion summary of the competition that captured all of the highlights you might want to see.

The video finally debuted a couple of days ago on Red Bull Cliff Diving website — the culmination of some 21,000+ photos and three hours spent putting them together into a cohesive final product.

If you’d like more details on what went into the shoot, how each of the the Instagrammers got into photography, and much more, check out the behind-the-scenes interview Red Bull did with the three shooters here. If, on the other hand, you just want the video and enjoy some stop motion cliff diving footage… well… we won’t hold it against you.

Thanks for sending in the tip, Jilly!

Attention Camera Marketing Departments: Tell Me About the Sensor