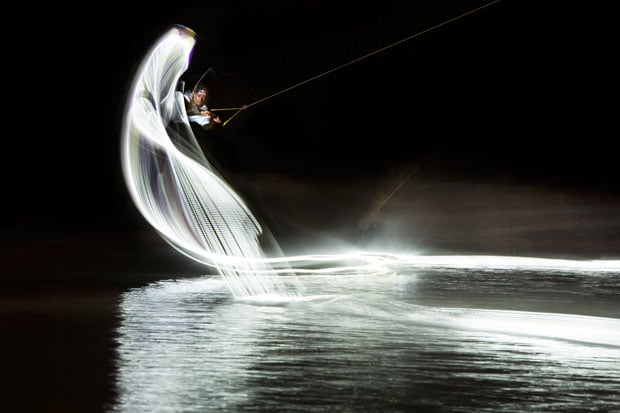 Red Bull Illume and Snap! Orlando recently came up with an awesome way to put a twist on the concept of light painting. They recruited light-painting photographer Patrick Rochon to photograph a team of wakeboarders who rode around with colorful lights strapped to their wakeboards!

The shoot took place over three nights in late March 2013 at a park near Disney World in Orlando, Florida. Intricate LCD lighting was added to the professional wakeboarders’ gear.

Here’s a behind-the-scenes video by Geoff Levy showing how the experimental shoot went down:

In addition to attaching waterproof LCD light systems to the wakeboards in a secure manner, other challenging aspects of the shoot included positioning the cameras and lighting equipment and having the athletes travel through the frame in a way that would produce an appealing photograph.

Here are some of the beautiful photographs that resulted from the team’s efforts: 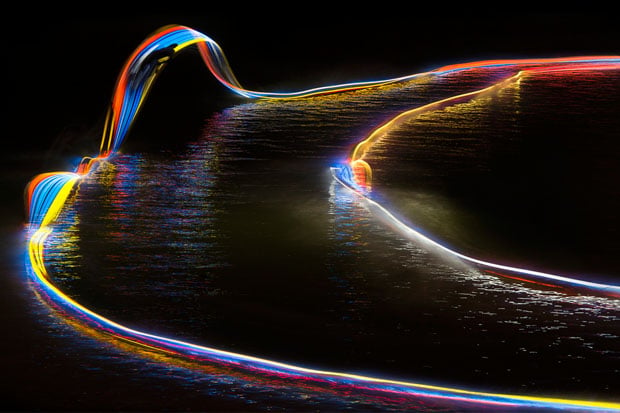 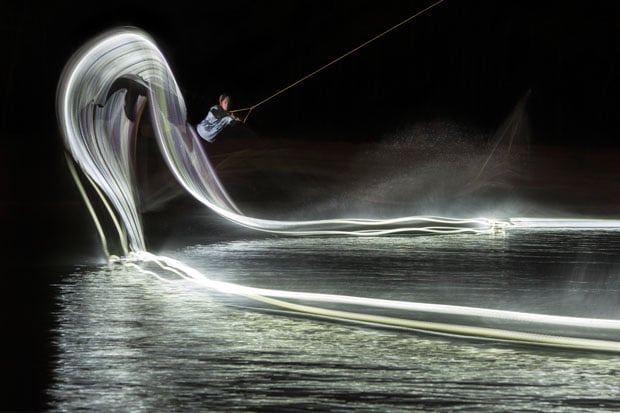 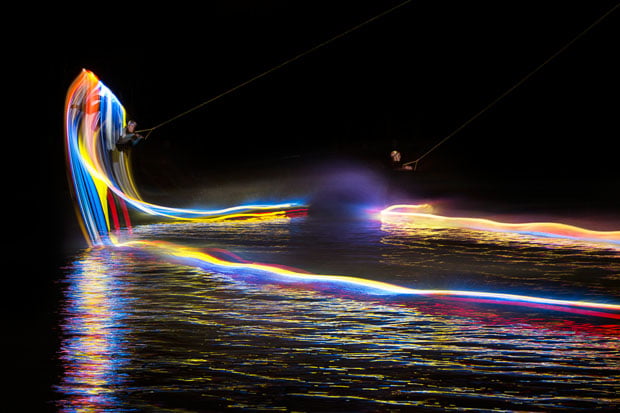 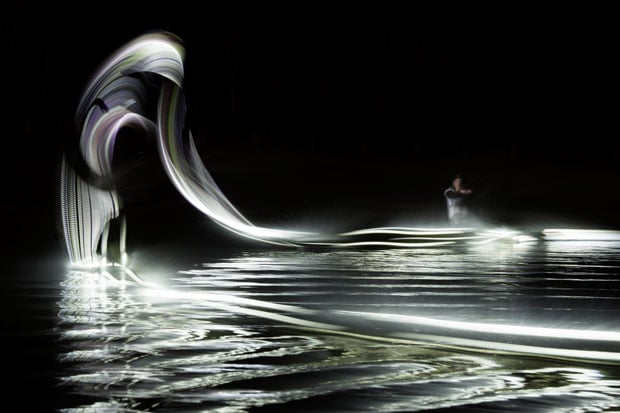 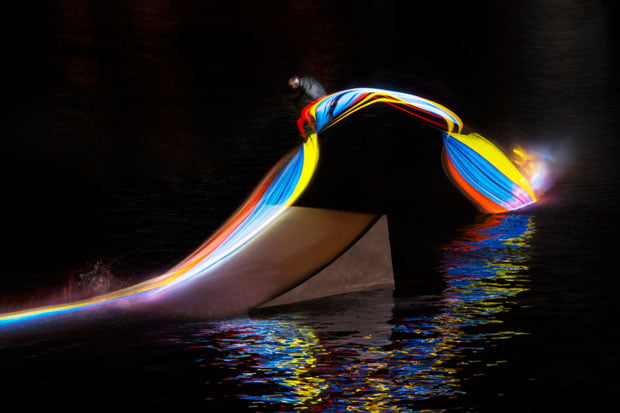 You can find higher-resolution versions of these photos over on Red Bull Illume and on Rochon’s website.