Jovan ‘Bonna’ Lamb was born and raised in the Overtown neighborhood of Miami, Florida, an area marked by poverty and crime. As a teenager in the area, he’ll tell you that he was “a young hoodlum … becoming a thug” until something happened: he stumbled across a camera.

Since then he’s become Overtown’s resident photographer, taking his camera with him everywhere he goes and making a living by photographing events for the folks around the neighborhood. 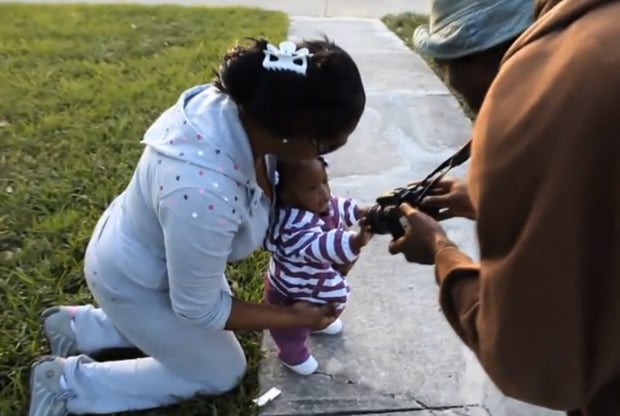 That’s what he was doing when fellow photographer Charles ‘Stretch’ Ledford met him and heard his story, a story Ledford decided to tell through this video he made for a Multimedia Storytelling graduate seminar he was taking at the University of Miami School of Communication.

The video is called The Eye of Overtown, and it’s just one of many chapters Ledford shot about the neighborhood and its people for his website Overtowner: Inside/Out. In this video, he follows Lamb around and gets to hear his story first hand. A story that includes losing both a brother and cousin to gun violence, discovering a passion for photography, and growing a conscience “out of the blue.”

Check out the video at the top for the full story. It might be just the dose of inspiration you need before heading into the weekend.