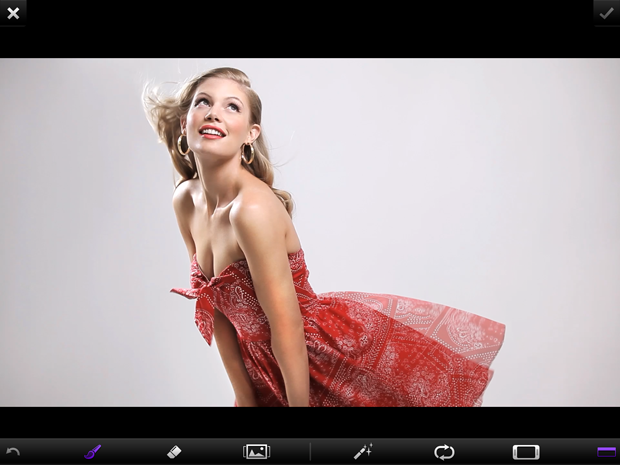 In yet another triumph for the “Look, it moves!” school of photography, supermodel Tyra Banks has signed on as a supporter of cinemagraph maker Flixel Photos.

Banks’ investment company, Fierce Capital, will invest in the Canadian company and use its technology heavily on the “America’s Next Top Model” TV show, as well as Internet marketing related to the show and Banks.

Flixel is one of several companies looking to promote the use of “cinemagraphs,” photos that blend several still images to show a repeating series of simple motions — most often seen as animated GIFs. Flixel has a free basic and $10 “pro” app for iOs that simplify the process of creating such images.

Banks told All Things D that she expect such motion images to play a big role in the future of photography, particularly around fashion. “When I first saw the cinemagraph, it blew my mind and took my breath away. It had a ghostlike quality. It was a photo but it was alive — it gave me chills.”

While most commonly seen in the form of photosensitive-seizure-inducing banner ads, animated GIFs have proliferated recently to add life to everything from astronomical photos to art.

(via AllThingsD and Imaging Resource)

Hyetis Crossbow: A New Smartwatch that Packs a 41MP Camera

Photog Turns His DSLR Monochrome by Swapping Out the Sensor