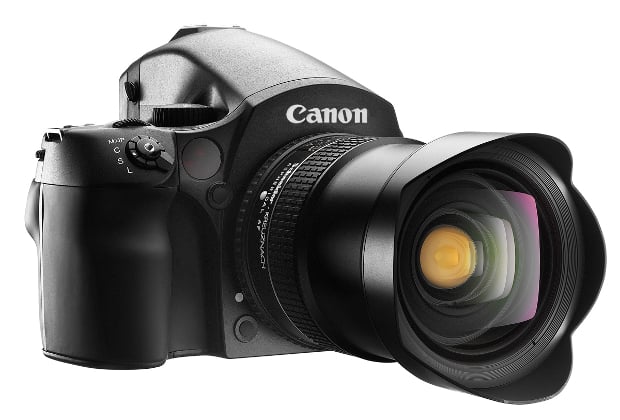 The idea that Canon would take the leap into medium format has been tossed around as both rumor and joke. Last August, we were told to expect a Canon Medium Format DSLR at Photokina — obviously that rumor didn’t pan out. Eight months later, photographer Krik Tuck made an April Fools announcement along the same lines.

It’s unclear how serious the company itself is about the possibility, but we now have a fresh rumor that is yet again pointing towards the same outcome.

According to a Northlight Images tip, Canon has been “investing significantly in a major European medium format digital camera manufacturer.” This apparently due to a shrinking demand for compact cameras. Northlight goes on to say that “At the moment, there is no talk of an outright purchase, but it remains an option.”

The irony here is that the rumor reads a bit like the Tuck April Fools announcement minus the sarcasm. The fake announcement went something like this:

Canon spokesman, Fol Ja Nau, elaborated on the company’s plans saying, ‘We were not content to play in the secondary photographic market behind Phase One and Hasselblad. With declining sales in the compact camera (point and shoot) markets we wanted to find a niche with fast and sustainable growth and very good profit margins.’

Well, it might not be a joke after all. Although the tipster didn’t reveal this information, both Northlight and Canon Rumors seem to think that the company in question is Phase One.

As always, until more sources (official or otherwise) emerge to confirm or deny these plans, we suggest nobody get their hopes up. Keep checking back and we’ll be sure to keep you updated as more info rolls in.

Beautiful Photos of Auroras Shimmering Over Iceland by Stéphane Vetter