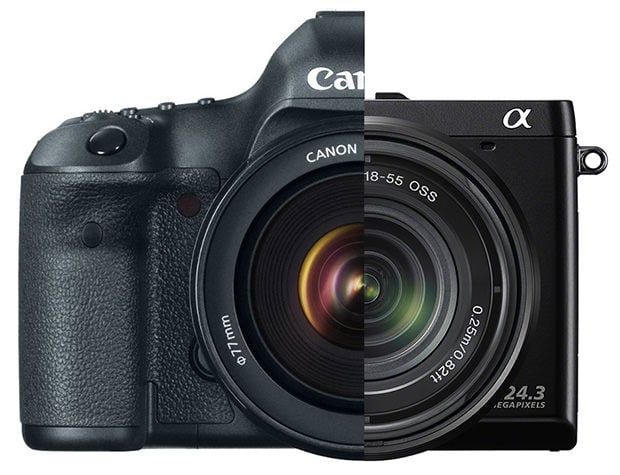 There are some interesting murmurings in the world of camera rumors. Photokina is just around the corner, and if the rumors are to be believed, we’ll be seeing some pretty earth-shattering unveilings at the German trade show.


CanonWatch recently received information about an upcoming medium format DSLR by Canon, to be announced at Photokina.

The camera will reportedly offer an EF mount, but may not be compatible with the entire lineup of EF lenses:

[…] newer EF lenses will be supported and (older) lenses with popular focal lengths that actually are suited for full frame sensors will see new editions for the medium format camera (possibly in Spring 2013). Since an EF mount accepts all EF lenses, the only way I can figure out you can block certain EF lenses from being used is through electronic sensing (my speculation). It is not known if the medium format DSLR will have a mechanical interlock for EF-S lenses (though I think this is more than plausible).

It would certainly be an interesting move by Canon. Just months after announcing a cinema DSLR to compete against the likes of RED, Canon would be diving headfirst into a market occupied by the likes of Pentax and Hasselblad.

On a slightly less earth-shattering note, SonyAlphaRumors is reporting with certainty that Sony has a NEX-6 camera prepped and ready for launch.

The camera would be a smaller counterpart to the enormously popular NEX-7 — a top-seller amongst mirrorless cameras. They write,

[…] this will be a sort of “mini-NEX-7″. It has an integrated viewfinder like the NEX-7 but with a tiny bit lower EVF resolution. The camera will be cheaper than the NEX-7 and price right in the middle between the NEX-5F (also coming in September) and the current NEX-7.

Get ready: we might be in for a boatload of exciting announcements come next month.