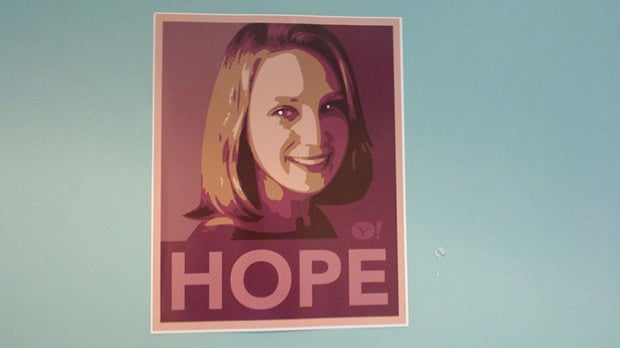 Remember that new Flickr account we reported on yesterday that appeared to be owned by Yahoo CEO Marissa Mayer? Turns out it actually wasn’t her, and was quickly taken down after becoming a big story in the blogosphere.

They also report that the sudden increase in the Flickr team’s headcount was already in the works prior to Mayer’s arrival. However, there’s is one interesting thing she’s trying to do for the service: find a new executive Flickr Product Head.

Not just any ol’ executive, mind you: Mayer is trying to find a suitable leader for the photo sharing service via acquisition. In other words, she’s looking for an exciting photo company to acquire so that she can place its leader at the head of Flickr.

[Mayer] is currently sniffing around the startup ecosystem for likely candidates; as it will probably be difficult to find the talent the company is looking for through a simple hire. The strategy is to have an entrepreneur in charge. And there are rumors that much of the existing team is being completely reorg’d, which is big company speak for dismantled.

Instagram has already been snatched up by Facebook, so its CEO Kevin Systrom is no longer an option. It’ll be interesting to see if she does in fact snatch up one of the other independent photo services out there… 500px, maybe?

P.S. That Marissa Mayer HOPE poster photo at the top shows an actual employee-created poster that’s up somewhere in Yahoo’s Sunnyvale headquarters. It was shared by Google’s director of product management, Hunter Walk.

The Three Winning Apps From This Year’s Photo Hack Day