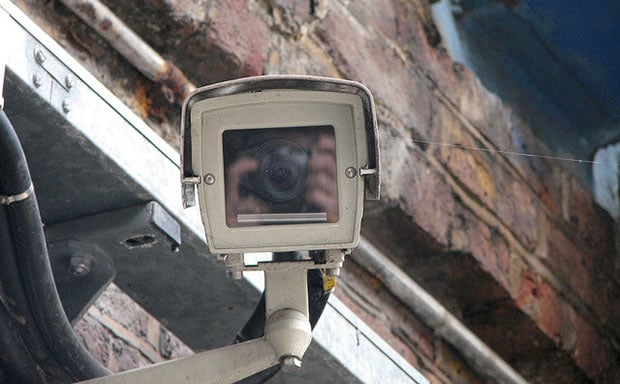 The western world was sent into a brief paranoid frenzy when whistleblower Edward Snowden leaked government information about the surveillance of the National Security Agency (NSA). I say brief, because it seems to have been forgotten by a large number of people; it seemed like it was just more news. The revelations, and more that followed, showed how the NSA record phone calls and data and more controversially; that they use information from emails and social networking sites. 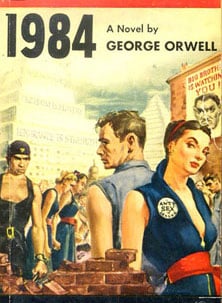 A lot of critics have said that we live in a ‘Big Brother’ society; that we are being spied on and surveilled all the time. What’s being considered a breach of public privacy, both on and offline, is a suggested measure of security and counterterrorism. Some have branded this Orwellian. Others have said that Orwell’s Nineteen Eighty-Four is fiction and shouldn’t be used as an instruction manual. It does pose the question: are ‘security measures’ getting in the way of civil liberties?

For anyone who hasn’t read Nineteen Eighty-Four by George Orwell, I would recommend it – it’s an incredible book. Nineteen Eighty-Four is a dystopian novel where the world is divided into three main continents: Oceania, Eastasia and Eurasia. The story follows a character in Oceania (comprised of the US and the UK) where propaganda directs which continents to hate, how to work and how to live.

Every citizen is monitored by a ‘telescreen’; a TV-camera unit in every room and every part of the street. Every move is recorded and monitored by Big Brother. All media is controlled by the government and anybody who deviates from the ideal disappears. Yesterday I saw a news report on Russia Today showing how Britain is the most surveilled country on earth; some calling it a Big Brother state. Reports show there is up to one security camera for every eleven people, and there are even more cameras in “high risk” zones.

The cameras are used, rather obviously, for crime prevention. Interestingly, the majority of cameras (2.7 million) are used by private businesses and individuals and there are no rules governing their use. There are over half a million cameras in the city of London and evidence is showing that cameras are being used more and more; it’s estimated that, as of 2014, $23.5 billion will be spent on cameras globally.

There a three ways you can look at this. Well, there are three ways I’m going to look at this so that I don’t freak myself out (or sound like a raging conspiracy theorist). I’ll be looking at the technological and photographic advancements involved, the legitimacy of their use and how it can affect photographers.

Looking at this from a purely technological standpoint, it’s fair to say that the cameras are becoming far more powerful than many of us realize. I’m used to seeing grainy black and white footage that seems to run at two frames per second. Newer security cameras are much more powerful. Some security cameras capture JPEG images at up to 29 megapixels or video at 30fps in 1080p.

HDR exposure processing is also being used to process more detail in the shadowed areas of an image. Some companies even allow cameras to be fitted with Canon SLR lenses to increase their range; this is an example by aVIGILON.

It’s not just the build quality of the camera that has improved, but the software behind it as well. Algorithms I’ll never understand can be used to detect license plates, unattended bags and, more importantly faces from up to half a mile away. Andrew Rennison, a surveillance commissioner, has reported that faces can be detected with 90% accuracy.

These advances are to be utilized by companies such as Trapwire in what is being called “predictive policing” or “Minority Report-style policing”. Predictive analytics technology aims to use social media data and security cameras to both predict and locate potential crime.

The idea is for computers to analyze real-time footage and predict disturbances. This technology is part of anti-terrorism security measures and is going to be used in the US, the UK and wider Europe.

You’d think that the increased technology in security cameras would actually be securing things. But, their effectiveness has been called to question. In 2008, only one crime was solved for every thousand cameras. Marco Malacarne, oversees Indect for the European Commission, has said: “In times of crisis or attacks, it is nearly impossible for the police to monitor all the information provided by today’s surveillance technologies”. So what’s it for? It seems dubious that the FBI is keeping it conservative when talking about predictive technologies.

The recent NSA revelations haven’t helped the West’s Big Brother image. National identity cards were scrapped some time ago as many questioned their use, cost and infringement on liberty. But you have to wonder if they’re even needed. We reported in the article ‘Pictures over Experience’ that over a billion people are on Facebook alone. That means that a sixth of planet has information and images that can easily be tracked. While those such as the NSA and Trapwire are controversially using social media information, you could consider that the Internet has become a database with which to cross-reference with security cameras. 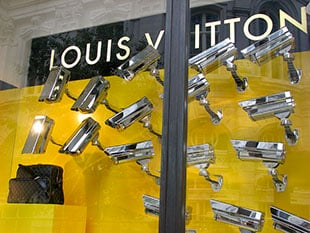 The range and sophistication of these cameras has inevitably led to the question of privacy. If your face can be tracked from half a mile away, you could be recorded doing things you thought were private. Some people don’t care, but a lot of people don’t want people knowing their business at all times.

The problem might be that these cameras are so discrete and so ingrained in culture that they’ve fallen outside of conscious awareness. As such, the security camera only seems to work if people are aware of them – if they’re not preventing crime, are they just watching?

What worries me most though, is that these cameras are powerful and are everywhere. Craig Heffner, a former NSA software developer, has found unreported bugs in security cameras which allowed him to hack into high-security security cameras; banks, prisons and the military for instance. Governments seem less trustworthy and more prying, hacktivists and apparent terrorists get more intelligent and cameras are being proven to be ineffective deterrents – you have to ask if they’re being used for their purpose and if they themselves are secure.

I’ve heard a lot of people try to tackle the privacy issue by saying “If you’re not doing anything wrong, it doesn’t matter” to which I reply “Would it be different if there was someone holding the camera monitoring your every move?”

We featured a crude example of such a rebuttal a while ago. YouTube user SurveillantCameraMan randomly filmed people in public and private places to some mixed, often hostile reactions. He reasons that cameras are everywhere anyway. But they are; somehow it seems more intruding and suspicious when it’s held by someone and not a little box wedged six feet overhead. If every security camera had an operator behind them, what would your reaction be?

In the above video SurveillentCameraMan makes a couple of good points. He asks “well you’re not doing anything wrong are you?” and that doesn’t seem to matter to the woman. She says she’d had a “rotten day”, even though that would be caught, maybe tracked, by security cameras. Clearly, personalization of the camera makes it seem more leery.

The other point, made without tact, may resonate with street photographers, or anyone who photographs in public. The first man says: “did you know it’s illegal to come up and photograph people that don’t want to be photographed?”

In most places, it isn’t illegal to take pictures in public without permission. But that doesn’t mean people aren’t suspicious of it. There are hundreds of stories online about how public photography is being seen as a heinous act. There’s a collective fear that those with cameras could be paedophiles, perverts and terrorists – although you could be all those things sans camera.

We’ve featured a few examples of overzealous law enforcers stopping photography in public. Stretch Ledford and Carlos Miller were banned from the Metro for taking photographs; one lovely mall cop got violent with people who wouldn’t follow her orders.

There are security cameras everywhere, but worryingly, the problem comes when there’s someone holding it – either in terms of public perception or security. I find it strange that you can be monitored, almost obliviously, but you can’t photograph in a park in case you’re a paedophile, or in a business district in case you’re a terrorist.

We featured a great article about these issues addressing the “coming war on photography” and as the author says “Governments — while ever expanding their own surveillance regimes — can be extremely antagonistic to personal photography”. I previously mentioned Trapwire, a company using security cameras to try and deter terrorism. Apparently, documents released by Wikileaks suggest that anyone taking pictures in high-risk areas can be logged as suspected terrorists. Imagine that when the NSA and face recognition software are thrown into the mix. Do you think Garry Winogrand would be on a watch list nowadays? Do you think you should be incriminated for taking photographs in public, while being in public means that you yourself are constantly being photographed or filmed?

Of course, security cameras have been successful in doing what they are meant to do. But when they’re regularly regarded ineffective, it seems that the sheer volume is getting excessive; maybe that’s why security hardware and software is being so fervently upgraded. But with recent discrepancies in NSA conduct it’s difficult to say what data is being used and to what means – as we’ve seen, just because it’s governmental, doesn’t mean that it’s legal.

Like I said, you can look at this situation in various ways. It seems to be a complex topic met either with support for counterterrorism or derision for the sanctity of privacy and liberty. There are a lot of ethical questions I don’t think I could philosophically answer for the whole society. But personally, I don’t like the idea of being potentially incriminated by a camera, just for using a camera.

Image credit: Security Camera by ThisParticularGreg, Watching Us Watching Them by J D Mack, over-protected by 416style, I’m a photographer, not a terrorist by gluemoon

Portraits Created from Pictures of Space Taken by the Hubble Telescope