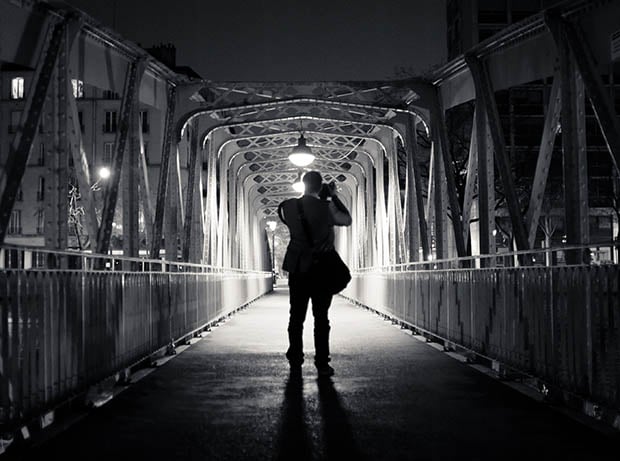 Are you ready for the imagery war — the war against personal photography and capturing of video? You’d better be.

The title of this piece actually isn’t entirely accurate. In some ways, this war isn’t just coming, it’s already begun. Forces are lining up on both sides, under the radar for most of us so far, but preparing for action. And right now, if I had to place a bet (cash, not bitcoins, please), I’d reluctantly have to predict the anti-imagery folks have the better chance of winning.

There are many facets to this struggle, and they interact in complicated and sometimes even seemingly contradictory ways. It’s largely a battle pitting technology against a range of personal sensibilities — and politics will be playing an enormous role.

And please note the following well — if we techies attempt to argue that no significant relevant issues actually exist, if we are perceived to be arrogant in our reactions to the various concerns being expressed, we are likely to be steamrolled by the opposition.

I said there were contradictory forces in play, and man, do I mean it. 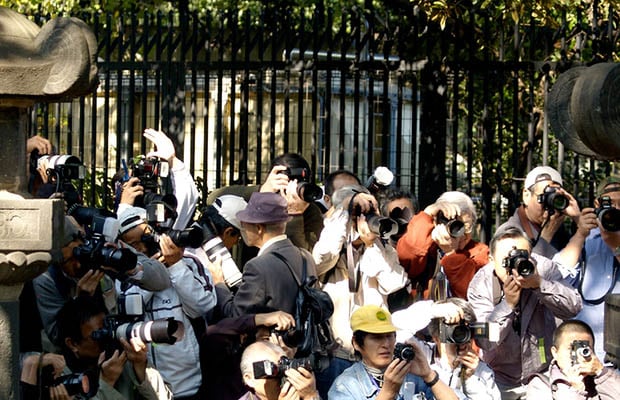 In the aftermath of the Boston bombings — cameras were everywhere there — which while horrendous and tragic, killed and injured fewer people than just a few days of “routine” gun violence here in the USA, we’re hearing the predictable calls for vastly expanded government-operated video surveillance networks, even though virtually every study shows that while these systems may be useful in solving crimes after the fact, they are of little to no use in preventing crime or terrorism in the first place. This has proven true even in cities like London, where there’s a camera focused on pretty much every individual pimple on each Londoner’s face.

In some cities, like New York, the surveillance-industrial complex has its fangs deeply into government for the big bucks. It’s there we heard the Police Commissioner — just hours ago, really — claim that “privacy is off the table.”

And of course, there’s the rise of wearable cameras and microphones by law enforcement, generally bringing praise from people who assume they will reduce police misconduct, but also dangerously ignoring a host of critical questions.

Will officers be able to choose when the video is running? How will the video be protected from tampering? How long will it be archived? Can it be demanded by courts? Divorce lawyers? Insurance companies? Can it be enhanced and used to trigger prosecutions of new crimes, perhaps based on items in private homes captured on video when officers enter? What will be the penalties when clips of these videos, often involving people in personal situations of high drama and embarrassment, often through no fault of their own, leak onto video sharing sites?

All of this and more is the gung-ho, government surveillance side of the equation. But what about the personal photography and video side? What of individual or corporate use of these technologies in public and private spaces?

Will the same politicians promoting government surveillance in all its glory take a similar stance toward nongovernmental applications?

Writing already on the wall suggests not.

Inklings of the battles to come are already visible, if you know where to look.

The push-backs against Google Street View — more pronounced outside the USA to date but always simmering in the background — are one obvious example. Even though this imagery is captured either from public thoroughfares or with explicit permission, this extremely useful service has generated considerable angst, and even though the concerns are way overblown, we can’t deny the angst itself is real and of political note.

An ironic side note. People not infrequently send me emails asking if I can tell them how to have their homes removed from Street View. I point them at the established procedure, but I always mention that having a gap in the imagery where your home should be is more likely to attract attention to it than anything else. That never seems to dissuade them, however. We’re dealing with emotion, not logic. Governments — while ever expanding their own surveillance regimes — can be extremely antagonistic to personal photography.

Only recently has a broad right for individuals to record police activities in public places been established by courts, and trying to exercise that right can still net you a club across the face and a trip to a cell. Individuals are routinely harassed when taking hobby photos of railroads, or bridges, or storefronts — or pretty much anything these days, based on asserted (but generally unsupportable) security or privacy grounds.

Anti-paparazzi laws restricting personal photography have begun appearing, as have a variety of laws aimed at the perverted practice of “upskirting” — both classes of laws often subject to much broader interpretation by overzealous authorities.

And as an outgrowth of parental concerns (particularly regarding third-party Internet postings of associated still and video photography) there are efforts underway to restrict public photography of children by other than their parents — in a wide variety of public locales — a topic with a particularly powerful influence on politicians, we should remember. 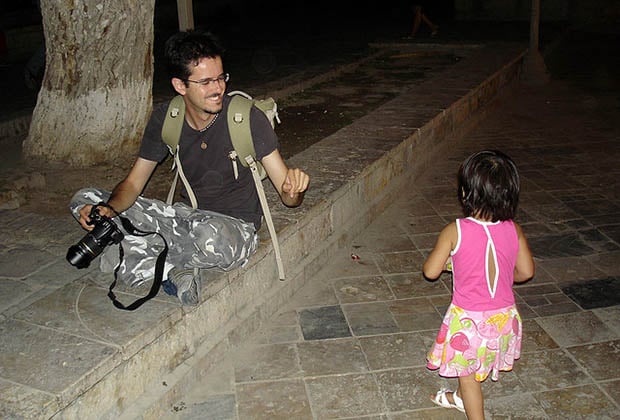 Laymen often assume that if you’re in a public place, you can legally do pretty much whatever you want in these sorts of contexts.

But that’s not always true, and is subject to the whims of our increasingly toxic political environment.

For example, many people believe that you can legally, secretly record conversations in public. But this varies state by state. In California, for example, under most circumstances you cannot legally record a conversation, even in public settings, unless all parties to the conversation agree. This holds true regardless of the recording medium — anything from an old tape machine to the latest wearable video device.

This holds true in mobile environments like personal cars as well, though governmental regulatory focus in that respect is more likely to be aimed initially at perceived cognitive distraction issues.

At the federal level, there is already a concerted push to tightly regulate both handheld and hands-free devices, with a special emphasis on any devices in the visual field that can be used for texting, display of movies, or pretty much anything else. The irony here is that while one could argue that, for example, a wearable GPS mapping display would be less distracting than glancing over at a dash-mounted screen, the capabilities of these devices to engage in a broad range of other potentially more distracting activities will likely attract the attention of insurance companies and regulators (this is actually already a topic of discussion among both groups). 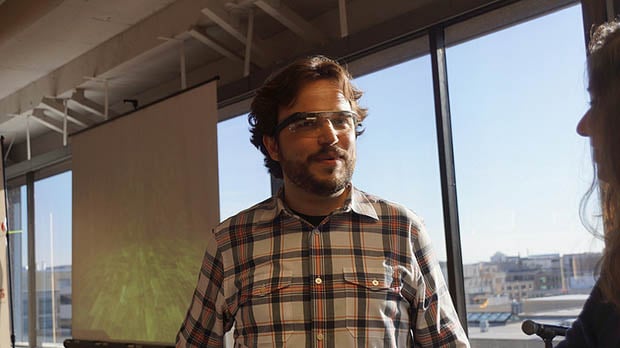 There is in fact something of a possible worst case scenario that we would be foolish to ignore. While techies and many others will be enamored with and responsible in their use of wearable video/audio gear like Google Glass, the potential exists for this class of technology in mass deployment to trigger significant political and regulatory backlash that could negatively affect other types of photography as well — everything from expensive cameras to the image capturing capabilities of cellphones.

To understand this risk we must remember that politicians generally take the path of least resistance with the highest “CYA” potential.

While spy-cams and other similar tech have long existed, the widespread availability of wearable gear outside that context (note we’re not talking only about Google Glass, but the inevitable cheap knock-offs that will not meet Google standards) could, for example, trigger nervous parents’ worst fears.

There will be a significant percentage of the population — including in stores, restaurants, other businesses, or wherever, who will be concerned that in the restroom, or the gym, or the strategy meeting, or wherever, that they just aren’t sure that the guy with the glasses isn’t actually recording or streaming at that moment. People who have heard stories of malware accessing webcams without lighting the activity lights may never quite trust such signals again.

One would hope that politeness, common sense, and evolving voluntary social conventions would deal with these issues appropriately, reducing the pressure for governmental involvement.

But again, we’re dealing here with emotion more than logic, and emotion makes laws. Bad laws usually, but laws nonetheless. And laws are often written with the minority of people who are bad actors in mind, not the bulk of reasonable folks.

We all still end up having to live with these laws, in any case.

I don’t have a “magic wand” solution for this situation.

My gut feeling though is that we’d be making an enormous mistake by appearing arrogant about these matters. 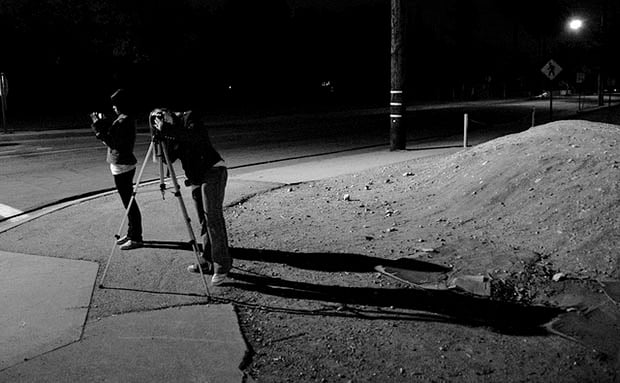 Already, in various venues where enthusiastic supporters of such technology gather, the primary attitude most visibly espoused has been to dismiss those persons expressing concerns about these technologies as being “out of touch” or easily ignored or beneath contempt.

If you really want to have politicians and regulators come down like a ton of bricks not only on this technology, but on other aspects of personal photography as well, then by all means continue with that demeanor.

On the other hand, if you’d prefer a more beneficial outcome all around, I’d strongly urge putting aside any arrogance, and instead working with others to engage politicians and regulators in reasoned, logical discussions that actually address their concerns (whether we personally feel that those concerns are valid or not) in a cooperative way. Otherwise, we’re likely setting ourselves up for a big fall.

It would be ironic indeed if in the war against personal photography and video, those of us wanting the maximal possible photographic freedom allowed our own swagger to effectively point our own “weapons” at our own heads.

About the author: Lauren Weinstein is a technology systems and policy analyst based in Los Angeles. He focuses on issues related to the Internet, privacy, and the interaction of technology with society. Visit his website here. This article originally appeared here.