In the past, we’ve had occasion to share some great color film footage that showed London and the UK as a whole all the way back in the 1920s. We’ve even shown you some stateside footage shot by a French tourist in the 1930s.

The latest bit of historical footage we’ve come across isn’t in color (unfortunately), but it does show a New York City staple right after it was first built: The New York City Subway System.

The potential for a NYC underground transit system was demonstrated all the way back in 1869 by a guy named Alfred Ely Beach, but by the time New York finally got around to building a functional underground railway system, we had moved into the next century. 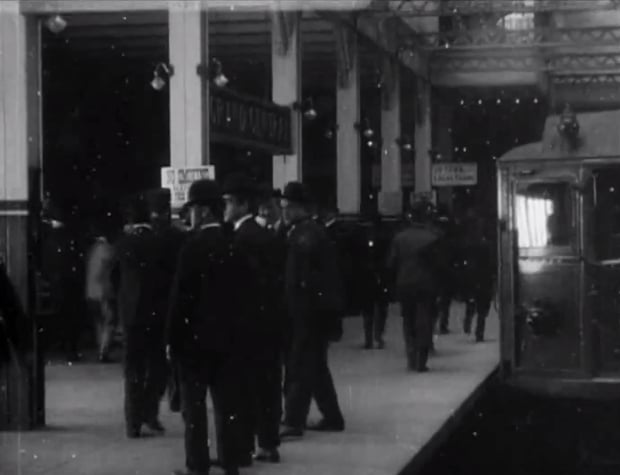 The first ever underground line opened on October 27, 1904, meaning that this short silent film might have been captured as little as one year after it started running. It’s not the most exciting video — basically, you get to ride the then brand new New York City Subway through the old tunnels and into the old Grand Central Terminal (Grand Central Station is an oft-used misnomer) — but it offers one of those rare glimpses into the far past.

What was then one underground line has since grown to become the most extensive public transportation system in the world, with 468 stations in operation and a total of 656 miles of revenue track. It’s interesting to see where it all started.

A Rapid-Fire Animated Tribute to Every Photoshop CS5 Filter