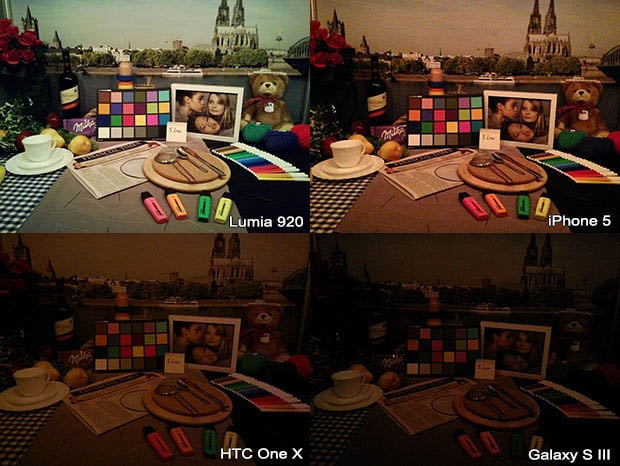 Earlier this month, Nokia found itself in a public relations nightmare after it came to light that photos and videos in a video promoting the Lumia 920 smartphone had been faked. The company quickly began to do damage control by inviting the press to test out the PureView camera against competing smartphone cameras. The Verge’s test was quite promising, and now Engadget is confirming those results after doing tests of their own:

The 920 took the cake, without question, but the iPhone didn’t fare too poorly itself, snatching up nearly as much light as the Nokia device. The 808 PureView also performed quite well, but the HTC One X and Samsung Galaxy S III yielded unusable results.

It’s one thing to snag proper exposure, though — capturing sharp details with little noise and superior color balance is an entirely different beast, and the Lumia managed to do just that […] The 920 did present some issues with exaggerated shake and other rapid movements, but it offered up excellent results overall, even in scenes that were too dark for us to make out any details with our own eyes

From the lab: Lumia 920 low-light shootout with Nokia 808, iPhone 5, HTC One X and Galaxy S III [Engadget via Cult of Mac]