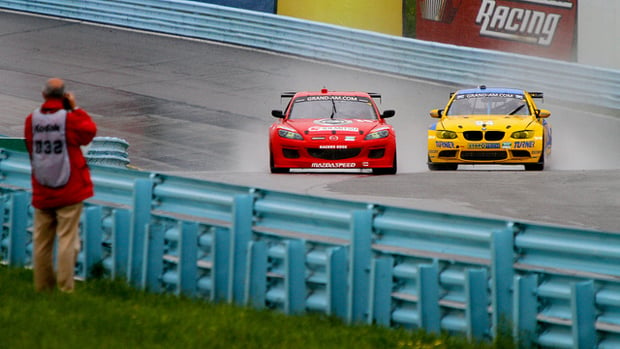 Formula One car racing authority FIA instituted new rules this week banning photographers from track pits, after several spectacular injuries or near-misses this season. But photographers are saying such restrictions will do little more than reduce the quality of their work.

“There have been some mighty close calls over the last few years with regard to photographers being in the line of fire with race cars,” photographer Jamey Price wrote in a recent Road & Track column. “But at the end of the day, no one is out there making us work against our will. It’s simply a dangerous job.”

Those close calls include a German Grand Prix race last weekend where cameraman Paul Allen suffered two broken ribs and a broken collarbone after being winged by a flying wheel.

Around the same time, an unnamed photographer at the Zandvoort race in Holland suffered unspecified injuries from a crash:

…and a whole group of photographers suffered a close call at the 2011 LeMans race when a high-speed wreck sent parts flying into a pit.

Price and others say such restrictions have made it harder to get decent shots, for negligible gains in safety:

I know that my job as a photographer has become a lot more difficult over the last few years simply because of how many safety barriers, catch fences, and runoff we have to shoot over just to get a shot of a vehicle on track. And all for our own “protection. 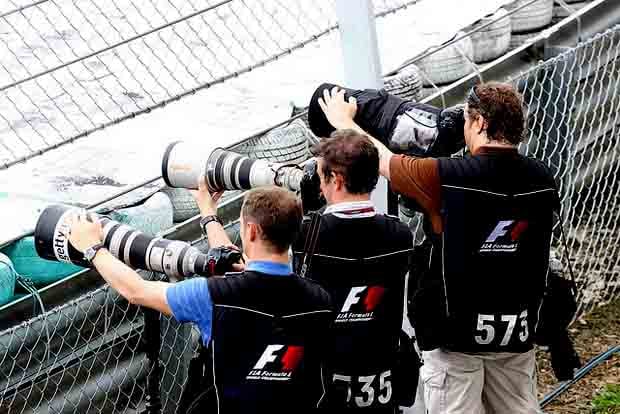 In my view we should change nothing immediately. The pitlane and track are dangerous areas to work, but they are highly restricted areas. The people that work in these areas are highly experienced and skilled. Of course that doesn’t mean that freak accidents such as Webber’s flying wheel, won’t happen again, but it is impossible to wrap motorsport in cotton wool…I strongly believe that kitting camera operators and photographers out with overalls, helmets and safety equipment will actually make it a more dangerous area. Helmets restrict vision and hearing and overalls restrict movement, three fairly important senses when working in that environment.

Using a Camera’s Rolling Shutter Effect to Create a Display