Full disclosure: I’ve never done commercial photography and don’t exactly know what goes into making a picture for an advertisement. The only knowledge I have on this subject is the hours of behind the scenes work I’ve watched, the hundreds of magazines, blogs and tutorials I’ve read and, obviously, the billions of ads that have bombarded my ﬁeld of view since the ﬁrst moment I began to comprehend visual information.

When you’re in the process of building a photographic portfolio, you think long and hard about what type of photographer you’d like to be. I’ve read over and over that it’s important to choose a specific area of the business in order to obtain the type of clients you’re looking for. Before I began this research, I was under the impression that I wanted to be a commercial photographer.

Looking at the portfolios of well-known and not-so-well-known commercial photographers, I came to the conclusion that the name of the game in this field is photo retouching. I’d argue, from what I can tell, that it’s more about the post-processing in this field than about the actual clicking of the shutter. I’m not a photo retoucher. Besides a bit of cloning, stamping, dodging and burning I’ve never really tried my hand at it. But I know that, like all things, it can be done tastefully or done poorly.

I’ll get some ﬂack for saying this, and I’m certain it will be warranted, but when I look at ads or portraits taken of celebrities, a good number of them raise this antenna in my brain. Sometimes, they just don’t look human. Most times, in fact.

It’s been said a billion times, but worth noting again: people don’t look like people in a majority of commercial photographs. They don’t have pores. They don’t have wrinkles. Stray hairs and blemishes are not to be seen. Even the pictures that are done tastefully still lack that sense of natural imperfection. In other words, humans look more like ‘humanoids’ — like creatures from a bizarro Earth.

This isn’t something that’s been invented during the pixel cutting age we live in. This kind of thing dates back years. Just look at advertisements from the 1950s. The people look every bit as fake as our images from today; sometimes even cartoon fake. Instead of a mouse and computer, they used an airbrush.

I didn’t used to think this. When I was less aware of the art and craft of photography, I’d see a picture of a woman and think that these celebrities and models all lived in some strange land that is inhabited by people with no faults. It seems hard to believe, but many people walking around don’t understand how easily someone can be made to look perfect (whatever your idea of perfect might be). 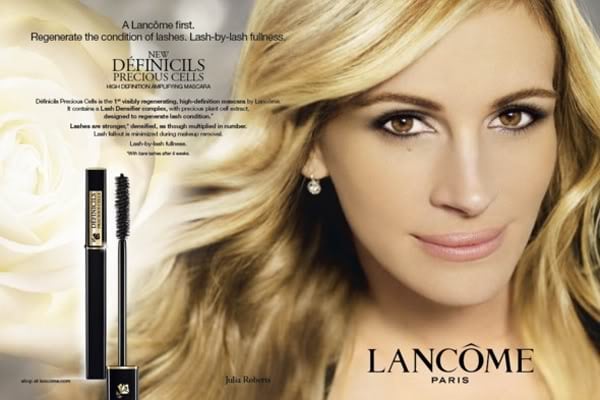 I understand the vanity aspect: the subjects of a lot of these pictures would rather not have the world looking at their blackheads or blotchy skin. But what I don’t see talked about more often than not is how these reworked people don’t look attractive. If you glance at a picture of a Victoria’s Secret model, sure, they look amazing. But look a bit closer. Look at their skin. Look at the way the light is hitting their body. It looks, well, a bit weird. Don’t you think?

There’s this thing called “the uncanny valley”. Wikipedia deﬁnes the phenomenon as “a hypothesis in the ﬁeld of human aesthetics which holds that when human features look and move almost, but not perfectly, like natural human beings, it causes a response of revulsion among human observers.”

When I’m walking down the hallway of a movie theatre and I see a picture of Ben Stiller that looks like this, the “uncanny valley” comes to mind: Usually, this term is used in reference to robotics or animation. I don’t typically hear it when I’m talking about actual people, but it ﬁts in some circumstances, and that’s quite strange.

Of course, there’s always the other side of the coin. One could argue that using diffusion on a lens or lighting a face or body a certain way distorts (or beautiﬁes) the truth/subject just like digital retouching does. This is a valid point, but like anything, there needs to be a line drawn in the sand.

As photographers, do we have to play this game? I think so. If you want to work within a speciﬁc ﬁeld, you have to adhere to the conﬁnes of that genre. Sure, there are those that get away with the less drastic forms of photo retouching, but as I said before, a majority of things I see don’t look realistic and it seems like they never will. Trends like this get worse, not better. At best, it’ll just stay the same.

Talk about a tangent. I started off writing about building a photographic portfolio and have ended up talking about humanoids. This means one of two things: I’ve either been watching too much Star Trek, or I really don’t have the heart for commercial photography.

All I know is this: If I photographed Mr. Spock, I’d wanna leave his ears just the way they are.

Iconic Photographer René Burri On Six of His Best-Known Photographs