It’s been almost two months since we mentioned Sony’s mysterious camera-focused smartphone code-named “honami.” Thought to be a PureView and UltraPixel competitor, it’s expected to add another powerful camera to the smartphone market, but so far Sony has kept a pretty tight seal on any potential leaks.

Today that changed, when Xperiablog and Mirrorless Rumors released the first leaked product shots and a set of exciting unconfirmed specs for the phone, respectively. Unfortunately, the photos only show the front of the phone and make no reference to the camera, but Mirrorless Rumors was more than glad to fill in some blanks for us. 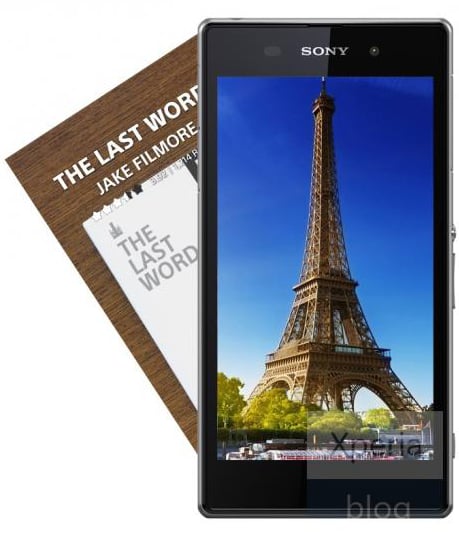 According to one of their sources, the new phone (which will actually be called the Sony i1) will be on par with Sony’s CyberShot line of compacts. Inside you’ll find a 20-megapixel 2/3″ BSI Exmor R sensor running some of the same tech as the RX100MII, adjustable ISO ranging from 50-12,800, 2-3 stops of Super Steady Shot image stabilization, a 28mm equivalent f/2.0 lens, and some form of manual shutter and aperture control.

The tech overlap between the RX100MII and the phone is said to provide exceptional low-light performance, and the ability to play around with shutter speed, aperture and ISO is exciting, as few phones feature this ability natively.

It doesn’t offer the Galaxy S4 Zoom’s 10x optical zoom ability or the PureView 808’s crazy megapixel count, but it may be yet another phone that will make it that much more difficult for the point-and-shoot market to stay afloat.