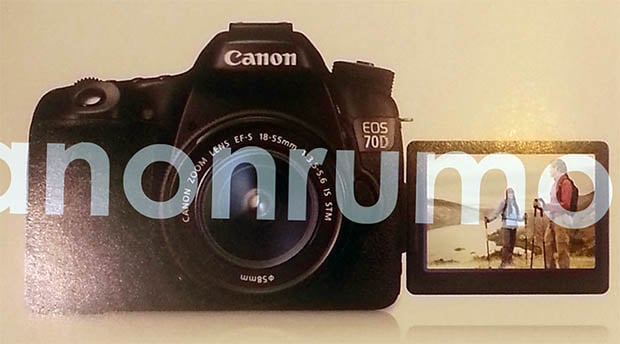 Canon will soon be announcing a 70D to replace the 60D in its mid-level lineup, and we have a pretty darn good idea of what that camera will be like. An advertisement for the camera has leaked onto the web, revealing just a couple of photos but a whole list of specs and features.


Obtained and published by Canon Rumors (there’s a higher-res version there), the photo shows the type of ad flyer that you might find next to the camera’s display at an electronics store: 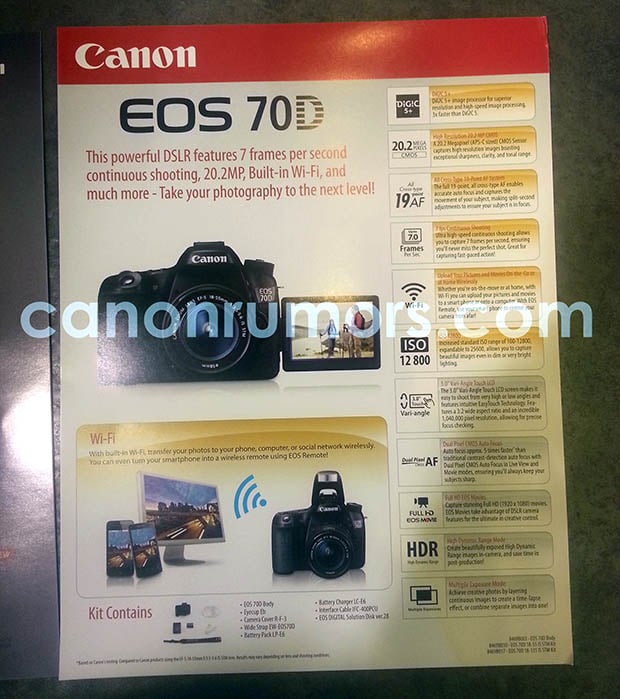 The sheet reveals most of the critical points about the camera. The 70D will be a 20.2-megapixel APS-C sensor camera with a DIGIC 5+ image processor.

Canon Rumors writes that the camera may feature a new 19-point (all cross type) Dual Pixel CMOS autofocus system that reportedly works 5 times faster than previous EOS DSLRs when shooting in Live View. ISO will go up to a max of 12,800. 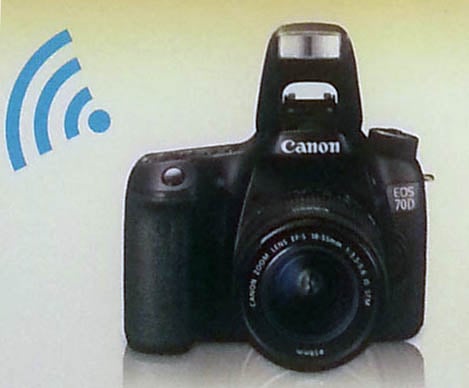 The formal announcement for the camera is set for July 2nd, 2013.