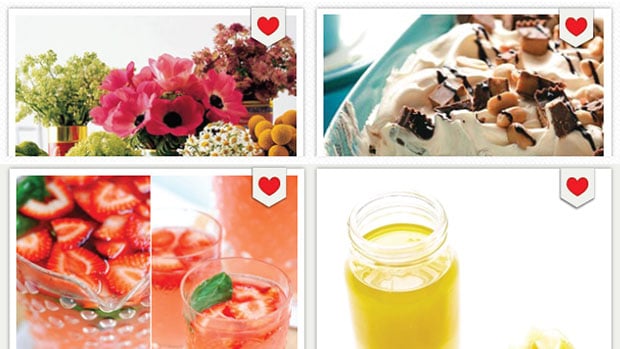 Why is it that some photographs go viral online while others are left by the digital wayside? Are there certain elements in photos that make them more “sharable” to Internet users?

Curalate, a company that creates social media analytics software, decided to tackle this question by analyzing the photographs published by brands to Pinterest.

The research was done on over half a million photographs gathered from the service. 30 different features were examined in the photos, including “presence of faces, texture, hue, saturation, lightness, brightness and aspect ratio.” Curalate then connected these features to the popularity of the images (e.g. likes, repins, and comments) in order to determine the things that make photos “sharable.”

One aspect was “color.” An interesting thing they found was that reddish-orange photographs are about twice as popular (based on “repins”) as photos that are blue:

Photos that are 50% saturated garner 10 times more shares than a very desaturated photo:

What about aspect ratio? What shapes are attractive to share? The Curalate found that vertical photographs with an aspect ratio between 2:3 and 4:5 received 60% more shares than photographs that are “very tall” (i.e. much taller than they are wide): Whether or not a photograph is textured and cluttered also plays a role. “Smooth” photos were found to see 17x more shares than “rough” ones:

Finally, faces are actually a negative thing if you’re a brand trying to make your photos go viral on Pinterest. Faceless photos are shared 23% more times than images that feature a human face:

Want to see the results of this study in infographic form? You can download one here.