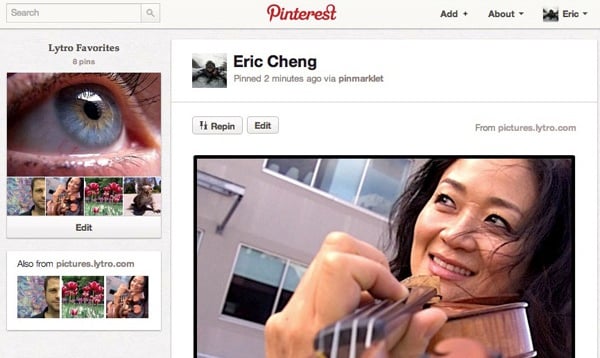 Lytro has been pushing to make their living pictures — interactive, clickable photos that have a variable focus point — easier to share. Lytro is a camera that has a very specific, proprietary way of saving and viewing photographs, so sharing these photos can be tricky. Nevertheless, Lytro has been able to quickly expand living photos across the web through social media, most recently to Google+ and Pinterest through Google Chrome extensions.

Previously, when clicking on a pinned Lytro post, the site would redirect to the user’s gallery on the Lytro site. With the Chrome extension, the photo is directly viewable without leaving Pinterest.

Similarly, Lytro photos posted in Google+ are directly viewable and clickable within posts. 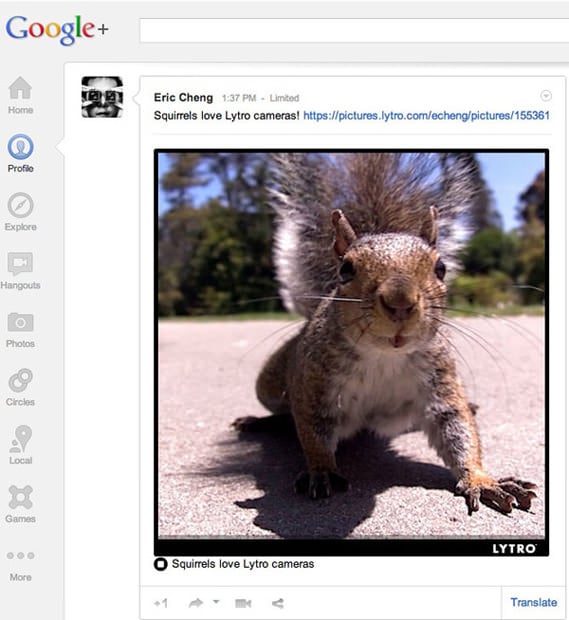 The only slight shortcoming to the extension is that photos from the offical Lytro gallery are not supported. But this won’t affect user-uploaded photos posted through Google+ or Pinterest.

Ever since Lytro began selling their cameras earlier this year, they’ve featured the ability to share the interactive photos through Facebook or as an embed. Two weeks ago, they announced a partnership with Twitter to add direct support within Twitter so Lytro photographs can be viewed and interacted with directly through Twitter.

Make Your Watermark Unobtrusive by Blending It Into Your Photos