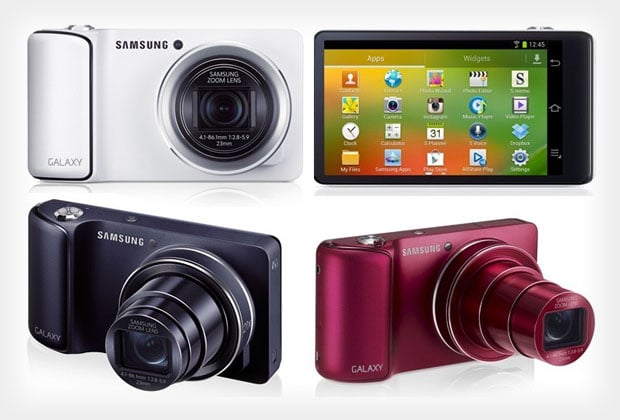 While we’re on the subject of Android-powered cameras: Samsung announced a new camera model for its Galaxy lineup this past Tuesday. It’s called the Samsung Galaxy Camera (Wi-Fi). As you can probably guess from the name, it’s simply the original Samsung Galaxy Camera without the 3G/4G capabilities (and with a smaller price tag). In other words, you’ll have to rely on Wi-Fi for connecting to the Internet rather than subscribing to a data plan for your camera.

Aside from that, there isn’t much else that’s different between the two models. Like its sibling, the new model features Android 4.1 Jelly Bean, a 16MP backside-illuminated CMOS sensor, a 21x zoom lens, and a giant 4.8-inch HD touchscreen on the back.

Samsung is saying that the camera will be “more affordable for a user who does not need the always-connected benefit of the GALAXY Camera,” but has so far stayed quiet about the pricing or availability.

The existing model costs $500 from AT&T, so you can expect the data-less model to be a good amount below that. We’re guessing the camera will also be offered at standard camera shops, since the lack of 3G/4G will make it easier to sell through traditional channels.