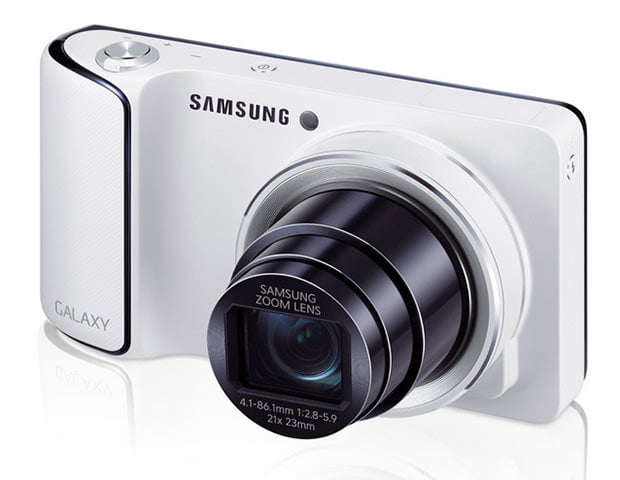 Well, that’s one leaked camera certainly didn’t take long to become a reality. Less than half an hour after we shared the first leaked photos of the Samsung Galaxy Camera, the camera was officially announced over in Berlin. Here’s the basic spec lowdown: Android 4.1 Jelly Bean, a 16 megapixel 1/2.3″ BSI CMOS sensor, a 21x f/2.8-5.9 23-480mm (35mm equiv.) lens, a 4.8-inch HD LCD screen, a minimal smartphone-esque design, a 1.4Ghz quad core processor, 8GB of internal storage, ISO of up to 3200, and 3G/Wi-Fi or 4G/Wi-Fi. 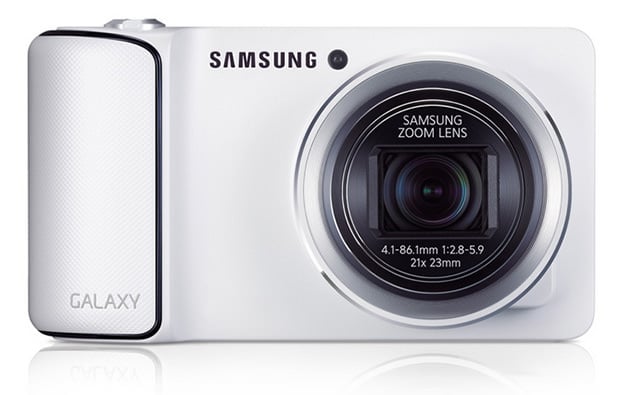 Powered by Android, the entire range of apps available through the Google Play marketplace are at your disposal. You can do things like play Angry Birds, check your email, browse the web, find your way to your shoots using a GPS app, and share through Instagram. That’s the power of the “phonecamera”.

3G and 4G connectivity are achieved through a small micro-SIM slot found next to the microSD card and battery pack. 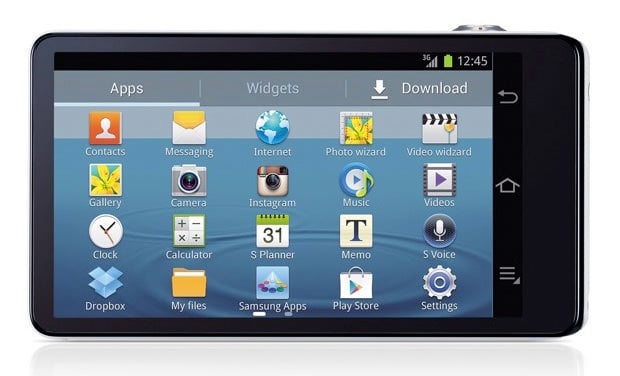 Like a good smartphone-based device, the Galaxy camera offers a voice control feature for handling certain functions without needing to touch the camera. You can say things like “zoom in” and “shoot” for hands-free control. 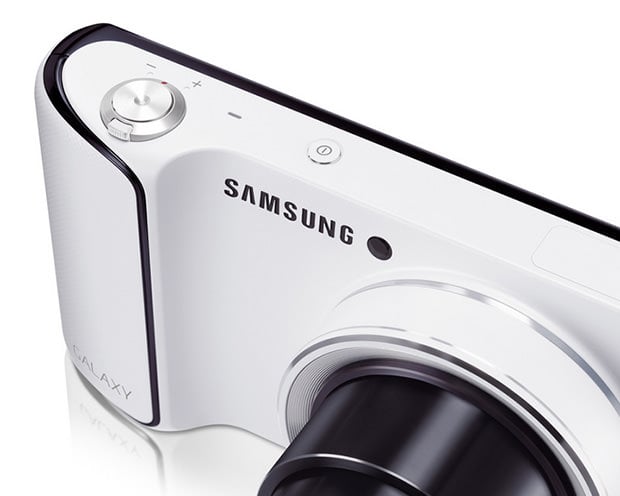 An “Auto Cloud Backup” feature allows users to automatically backup their photographs to the cloud, while a “Share Shot” feature will share photos as their shot. Additionally, the camera can be paired up with other Wi-Fi enabled devices for easy photo transfers.

On the side of the camera, you’ll find a flash-release button that causes the pop-up flash to appear. The entire camera is elegantly designed, with minimal controls — very Apple-esque, if you ask us. There’s a power button, a shutter release coupled with a zoom toggle, and an on/off button. Besides that, you’ll be interacting with the camera entirely through the giant touchscreen and touch-buttons on the back.

It’s interesting that Samsung chose not to bake voice calling functionality into the camera — you’ll be able to use Skype and other VOIP apps, of course — which would have created a mind-boggling fusion between the camera and phone worlds. It would also have allowed people to completely replace their current smartphone, reducing the number of gadgets in their pockets by one.

The Samsung Galaxy Camera will begin hitting store shelves come October, and will be available at both camera and phone stores. Pricing hasn’t been announced.