Back in the mid 2000s, when Tiger Woods was the number two player in the world (and about to embark on a 281-week number one run such as has never been seen again), he was part of a Nike commercial shot by director Frank Todaro. In a fit of inspiration, Todaro asked Woods to “go ahead and aim for the camera” — and much to the camera’s disappointment, Woods did.

From 60 yards away, he managed to smack the lens of the camera almost dead center. Apparently, this was take two, on take one he was asked to hit the ball one foot above the camera, and missed hitting it by just four inches. 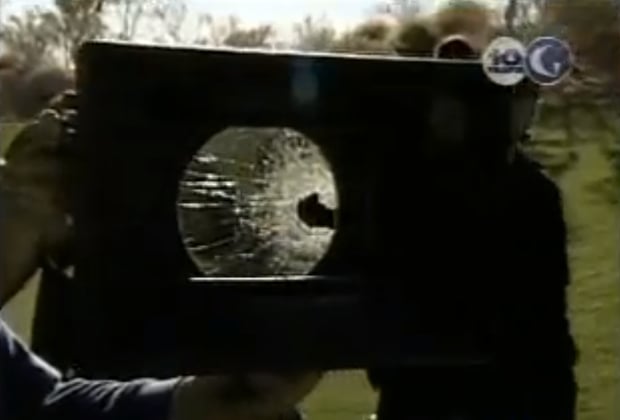 And lest you think this is a one time thing, Robert Tyre Jones Jr. (better known as Bobby Jones) was asked to do the same thing. Although, to be fair, Jones was considered one of (if not the) best amateur golfers ever, the narrator has it right: “a perfect bullseye, one good camera gone:”

So there you have it. Pros on Tiger’s level hardly ever miss their mark. If you tell them to aim at the camera, they’ll hit it. So you have to ask yourself: how much is that shot worth? And then compare that number to the price of a new lens.

Beautiful HDR Photographs of an Airplane Cockpit by a Pilot Photographer