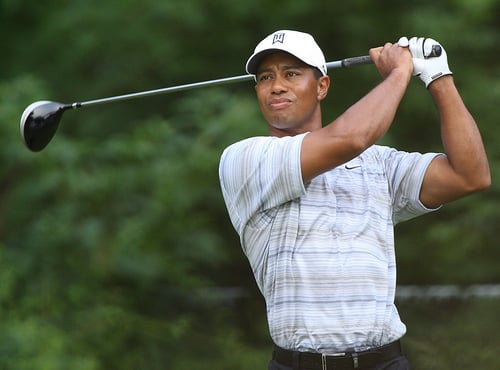 There will one less millionaire paparazzo in the world.

The first public photograph of Tiger Woods after he reemerged from Tigergate was one of the most highly sought after photographs, and major paparazzi agencies estimated that the photo would bring in over $1 million in worldwide distribution profits.

However, the first photos that emerged (Tiger going on a jog) were not shot through the lens of a paparazzo, but were instead released through Getty Images, the subscription-based photo agency. This effectively wiped out the value of any paparazzi photograph, and provided the photograph to most media outlets for relatively nothing.