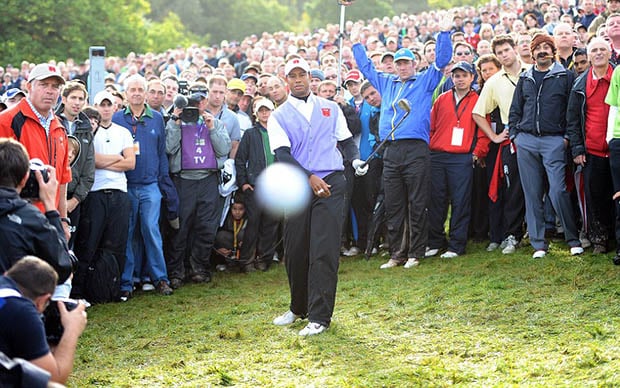 A fun story over the weekend was the crazy photograph that Mail on Sunday photographer Mark Pain captured while covering the Ryder Cup. Tiger Woods was attempting a chip shot, and launched he ball directly at Ryder, who had his camera up to his face. Without flinching, Pain snapped the above photo moments before the ball struck his camera, bounced off his chest, and landed at his feet.

That’s crazy enough, but the more important question is: who is cigar man?

When we tweeted the story over the weekend, a large number of you noticed cigar man and pointed it out. With how viral this story and photo are going, I wouldn’t be surprised if more details about cigar man surfaced soon. We’ll update this post if there’s more about him. 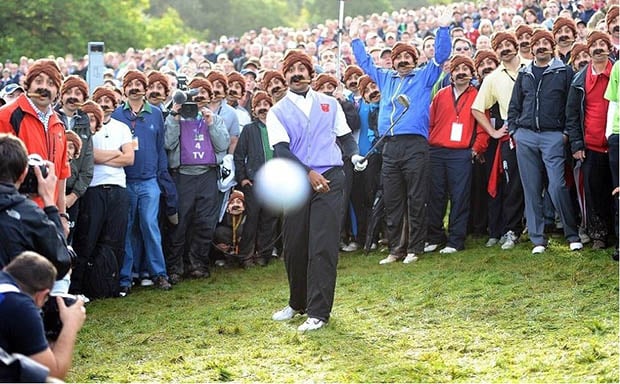 Update: Commenter Erhraeerh points out a couple more interesting things spotted in the photo. First, a boy peering out from his cave of legs: 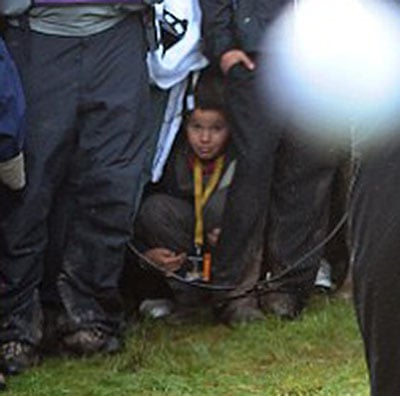 Also, if you’re not tall enough to see over a sea of heads, why not bring along a periscope? 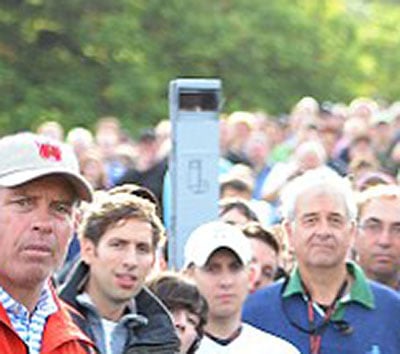 Image credit: Photograph by Mark Pain for Mail on Sunday

Why Real Cameras Should be Used for Important Events