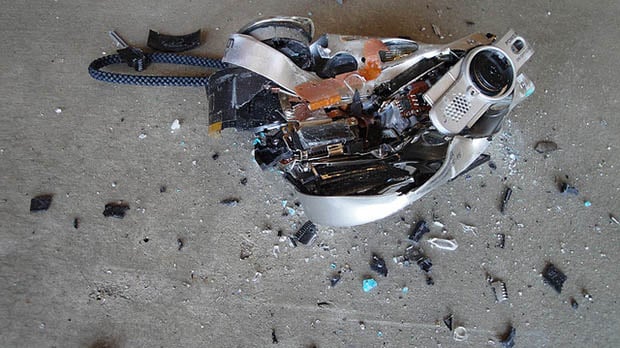 Many of us know that feeling. That gut punch of shock and denial as we watch our camera fall from our grip or swing to the earth from an unsecured tripod. We’ve watched as it impacted with the ground with a hard thud or bounced amongst the rocks collecting more damage with every tumble as it travels farther away from the safety of your hands.

We know what it’s like to stare at our damaged gear for minutes straight trying to figure out how we may be able to time travel back just a few moments and avoid the destruction that has ensued.

It’s a horrible feeling and one that can ruin a shoot and even an entire day. But don’t worry. As this post will hopefully soon prove, you are not alone in your tribulations. If you’ve ever damaged or destroyed your camera, here’s a lighthearted list of a few interesting ways other people have suffered a wounded soldier while out in the field. This will hopefully make you feel a little better if you’re mourning over your own personal loss. 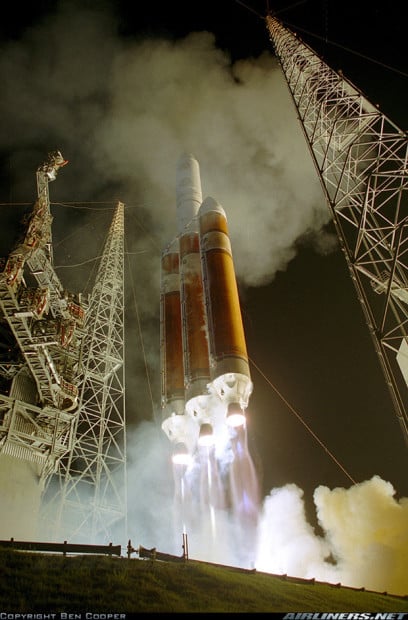 Not every broken camera is an act of negligence or unforeseen forces. Sometimes a photographer enters a situation knowing his camera will be damaged or even destroyed. It’s called a calculated risk and most sane people often decide to keep their camera in one piece and just miss the shot. But those driven to get the best shot possible no matter what will dive right off that edge and place their camera directly in harms way. As we all have learned or will learn eventually, when it’s worth it, it’s worth it.

Such was the case when Ben Cooper rigged a sound activated camera to go off as this rocket launched, capturing this stunning photo. Despite the extreme conditions the camera faced to take such a photo it surprisingly remained intact in this instance and only the lens was destroyed. You know you’ve got a good photo when you can walk away happy that only the lens was destroyed. 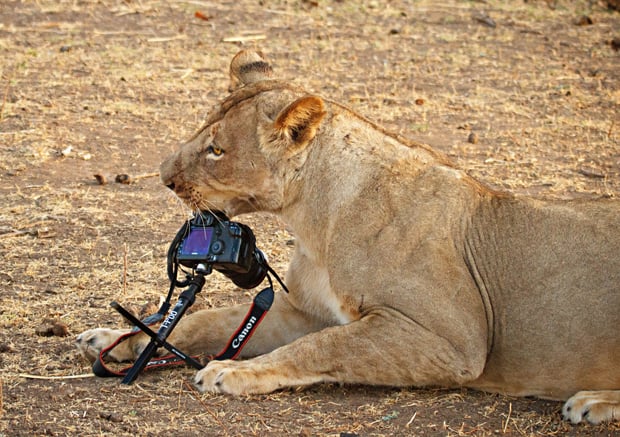 We can all be enticed by trying something out of our wheel house. Portrait photographers trying their hand at photojournalism, photojournalists attempting documentary filmmaking, or even wedding photographers giving it a go at wildlife photography. Often this produces mixed results but rarely do we think it will result in the complete destruction of our camera.

Unfortunately for self-described “family photographer” Ed Hetherington, such was the case when he setup his 5D Mark II on a tripod near a dead buffalo while out in Zimbabwe. The lioness he was attempting to photograph from a distance so as not to disturb her made quick work of his camera, carrying it away and gnawing on it like a chew toy. Luckily for Ed he had another camera with him and was at least able to catch a few fun photos of his Mark II’s last moments.

#3: Repair Your Own Camera 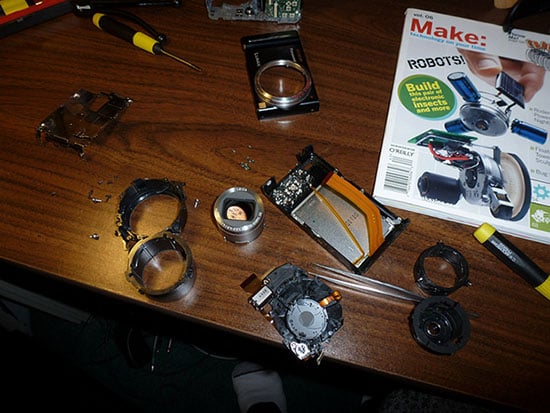 This one may not be a rare or special instance but it is one that should be mentioned. Why? Because we’ve all done it. And we’ve all regretted it. At some point or another you’ll find yourself with some slight damage, be it from wear and tear or a wild jungle cat using your camera as a chew toy and you’ll think to yourself, “I can probably fix this.” Now, you may feel a slight hesitation at first but don’t worry, that’s just rational thinking and it’ll go away soon enough.

Next you’ll crack that bad boy open and start moving all sorts of things around. Stop. Just don’t do it. If you’ve had experience repairing cameras, fine, then by all means go ahead. But if you’re like a lot of us and can be surprisingly inept when it comes to handiwork you’re best to avoid this trap. Some people will do it to save money while others will do it simply to pad their ego but more likely than not you’ll just cause more damage and feel stupid when you finally do bring it in to be repaired by an expert.

As I stated above, sometimes we take a calculated risk in order to achieved our more ambitious goals. When Olivier Grunewald went to the crater of the Kawah Ijen volcano in Indonesia to document the lives of the sulfur miners that work there, he undertook a huge risk both to his health and his gear.

While constantly wearing a gas mask (that few of the miners have available to wear) and fending off the overwhelming noxious fumes, Grunewald lost a camera and two lenses to the intense conditions inside the sulfur mine. And while most would never dream of subjecting themselves to such an extreme environment, the photos of this fiery alien world appear to be conjured straight from Sci-Fi’s most creative minds. The vibrant glowing pools and blood red dripping sulfur formations make the lost gear a small price to pay for such amazing photographs.

Whether it be paparazzi or just a commercial director working with a star, dealing with celebrities is a dangerous job for your gear. Just ask Frank Todaro who, perhaps foolishly, asked Tiger Woods to hit a ball directly at the camera during a Nike commercial shoot. Tiger did exactly as he was asked and of course destroyed the camera.

This is one freak example though, the norm seems to be celebrities intentionally destroying the cameras of paparazzi as their privacy is invaded in a strobe of flashes while they leave their favorite club. Perhaps the most infamous celebrity to attempt to photograph would be Kanye West. Who has on multiple occasions confronted the paparazzi and sought out the destruction of the cameras as shown here. Perhaps the smartest bet is just not to become a paparazzi?

And in case those weren’t enough, one last bonus one…

Shoot at a Color Run 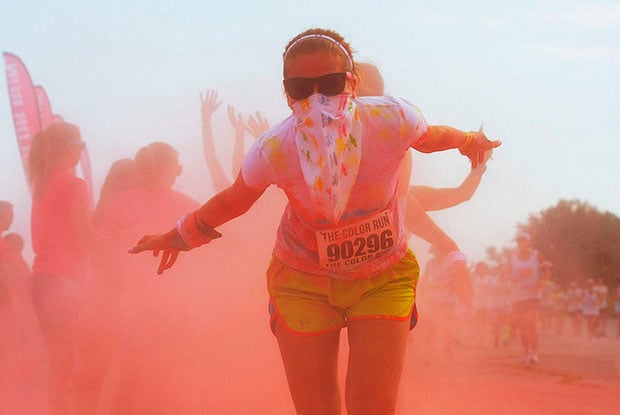 Smile, You’re in a Criminal Database