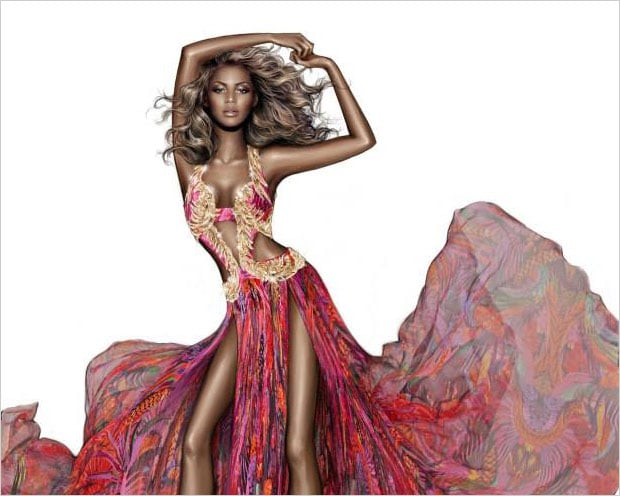 Mystery solved: Beyonce is so riled up about restricting photographer access because she’s hell-bent on projecting an image somewhere between “Photoshopped” and “impossible.”

That’s the impression from the the pop star’s latest ad campaign, in which she sports body proportions that make her look like she stepped straight from a U.N. refugee camp into a Paris couture salon. 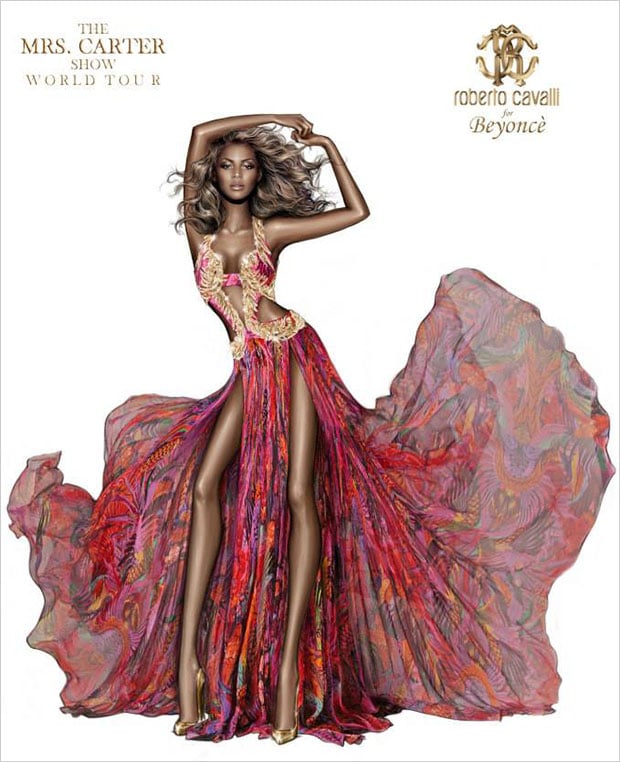 The ad, to promote the diva’s “The Mrs. Carter Show” world tour, shows her in a Roberto Cavalli gown that bares legs with the approximate proportions of super-size chopsticks, in contrast to less staged shots that indicate she actually has thighs: 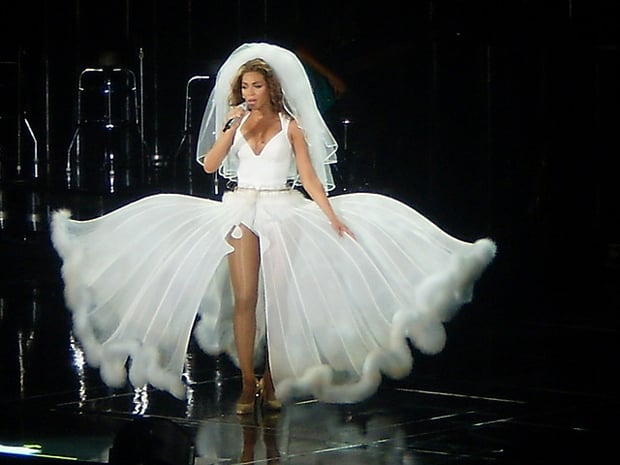 The image, which appears to a photo of Beyonce’s face and/or torso layered onto a photo-realistic drawing, prompted pockets of outrage on Cavalli’s Facebook page, with critics saying the image promotes impossible body proportions: 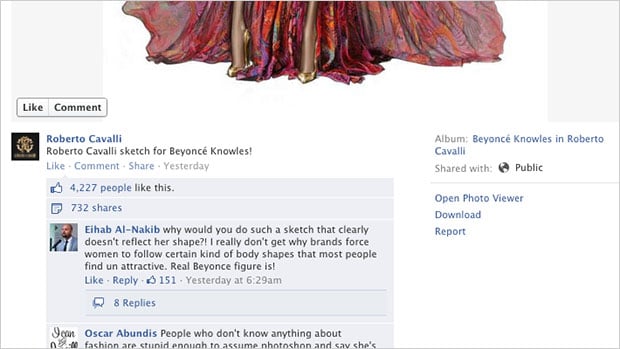 “Ur Photoshop dude might want to look up the word realistic in the dictionary,” wrote Lisa Gorman. “Bey is one of the most beautiful women in this world: don’t ruin her image like this.”

Cavalli responded with a follow-up post saying the image “is a sketch and not a photo, and therefore it is only meant to be a stylized and artistic vision.” Exactly what that vision is remains unclear, but “stilts with skin” comes to mind.

Beyonce clarified her relationship with visual reality earlier this year by demanding that Web sites remove unflattering photos of her Super Bowl performance and later banning professional photographers from concerts.

(via The Sun and Fstoppers)