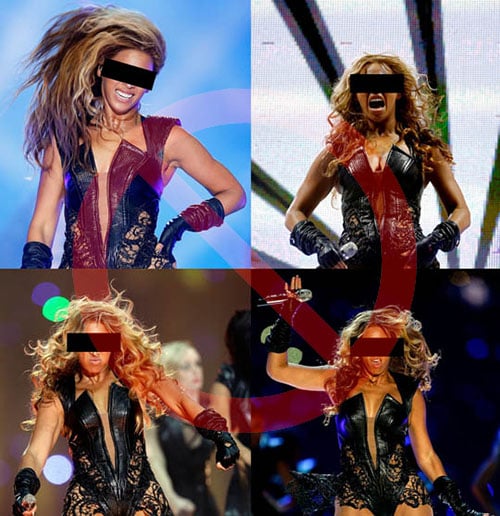 How do you solve the problem of professional concert photographers snapping unflattering photos of you during your live shows? One way is to ban them completely, and that’s exactly what Beyonce is doing with her latest concert tour. Policies like hers may be growing in popularity among artists who want to control their image, but the policy is still causing quite a hoopla.

The whole thing started earlier this year at the Super Bowl, where Beyonce was the highlight of the halftime show. After the performance, a number of unflattering photographs snapped during the show were distributed through news wires.

Here’s one of the shots, captured by Ezra Shaw of Getty Images: 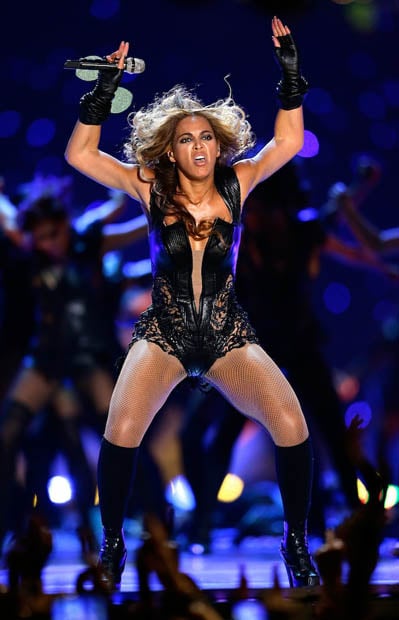 Those photographs were quickly picked up by pranksters around the web and turned into a viral photo meme in which Beyonce is featured as a “She Hulk”: 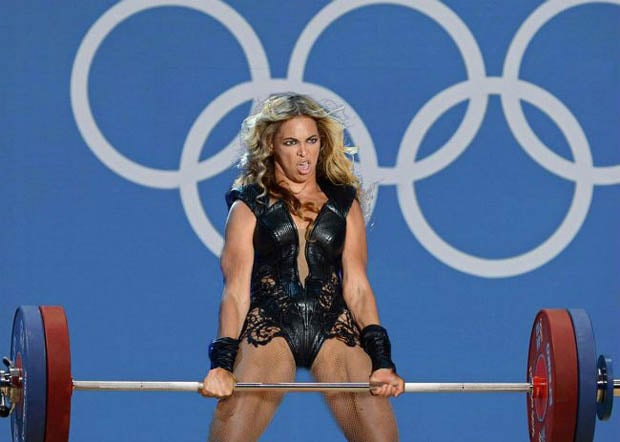 Beyonce’s publicist, a woman named Yvette Noel-Schure, began sending out takedown notices to websites sharing the viral photographs. This only added fuel to the flames (AKA the Streisand Effect), causing the photographs to go even more viral.

After this incident, it appears that Beyonce (and her publicist) has had enough. The singer is now strictly controlling how photographs are captured during her new concert tour, “The Mrs. Carter Show World Tour,” which will run through Europe and the Americas.

No, it’s not a “rights grab” like other artists have tried to do (in which photographers’ copyrights are signed over to the musicians after the show), but rather a complete ban on professional photographers.

The Facebook page Music Photographers got its hands on a copy of the contract being distributed, and shared this screenshot:

There are no photo credentials for this show. Local news outlets, including print and online will be given a link to download photos from every show. They will need to register to access the photos.

Pay a visit to the Photoshelter gallery linked in the agreement, and you’ll find a small gallery of pre-approved photographs. 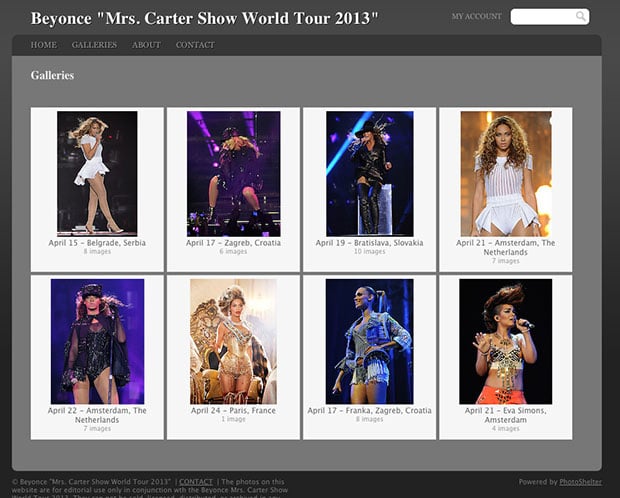 Noam Galai of Fstoppers writes that this policy may actually backfire on Beyonce and her publicist:

[…] we all know how media works – they will do anything possible to get images that other publications don’t have. If they can’t send a photographer to give them original photos, the next best thing they can do is buy photos from fans in the front rows in the arena (cameras were not allowed, but no one can take away phones). It’s the next best thing for them, and a huge nightmare for Beyoncé and her publicist.

If you’re a publication looking to cover a Beyonce concert being held near you, using the squeaky-clean pre-approved photos or licensing images from fans might be what you’re limited to. If you’re a concert goer, you might want to think about getting close and snapping some clear shots of Beyonce — you might find it much easier to sell the photos than ever before!

Photographs of Sunlight, Shadows, Stars, and Storms on the Atlantic