NASA’s Mars Curiosity Rover has sent down a constant stream of images from the Red Planet. Ever since it landed on August 8th, 2012, it’s spent every spare moment snapping selfies, panoramas and surveillance footage, and sending it back home from between 33.9 and 250 million miles away (depending on the relative positions of Mars and Earth).

The majority of Curiosity’s photos that get picked up by the press are taken by the Mars Hand Lens Imager and Mastcam, but Curiosity is actually taking pictures each and every day. Equipped with Front Avoidance Hazard Cameras or “Hazcams,” the rover has been snapping black-and-white images ever since it landed, and one YouTuber has decided to stitch all of those images into a time-lapse. 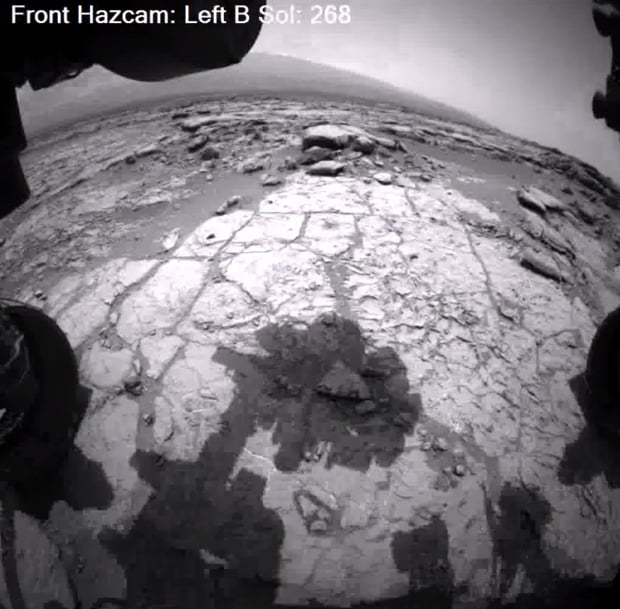 YouTube user Karl Sanford recently published a video that takes every RAW photo Curiosity’s front left hazcam has snapped and sent down between Sol 0 (August 8th, 2012) and Sol 281 (May 21st, 2013) and put them together into a time-lapse that lets you follow Curiosity’s journey across Mars thus far.

The images are all black-and-white, but the quality is there and it’s pretty cool getting to watch Curiosity move, dig, sample and otherwise “rove” across the god or war’s planet. If you pay close attention, you can even see when the rover reaches Mount Sharp. 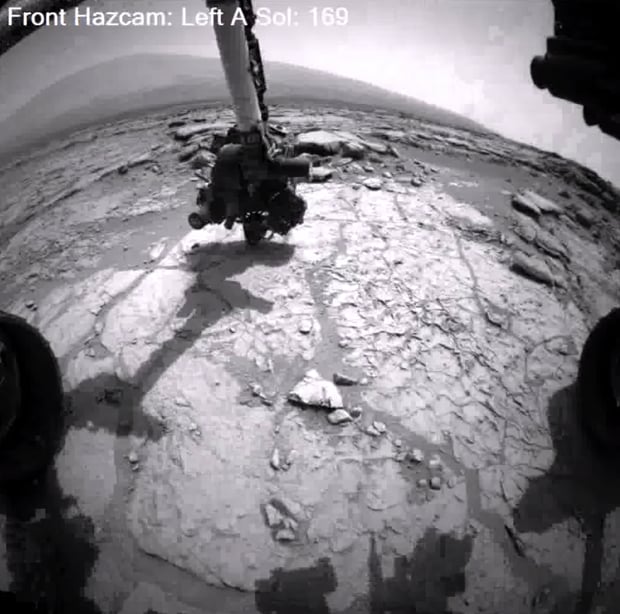 You’ll notice that a few parts of the video are choppier than others. Apparently, this is because beaming back photos from Mars isn’t exactly easy:

Curiosity sends back raw images for current and prior Sols based on commands sent by the mission team. The rover uses orbiters to relay back a lot of its data, and maximizes each opportunity when they pass by overhead. Curiosity stores any data not transmitted onboard. The rover will send back this data on later Sols

This means that as time goes on and more data is sent, we may eventually have a smooth time-lapse that follows Curiosity around Mars — showing us exactly what the rover saw, in the order the rover saw it. Who knows, maybe the general public will be able to find/see something NASA missed … it has happened before.

To see more RAW photos from any of the Rover’s cameras or find out if any more photos for any particular Sol have been sent back since the video went up, head over to NASA’s Mars Science Laboratory website here.