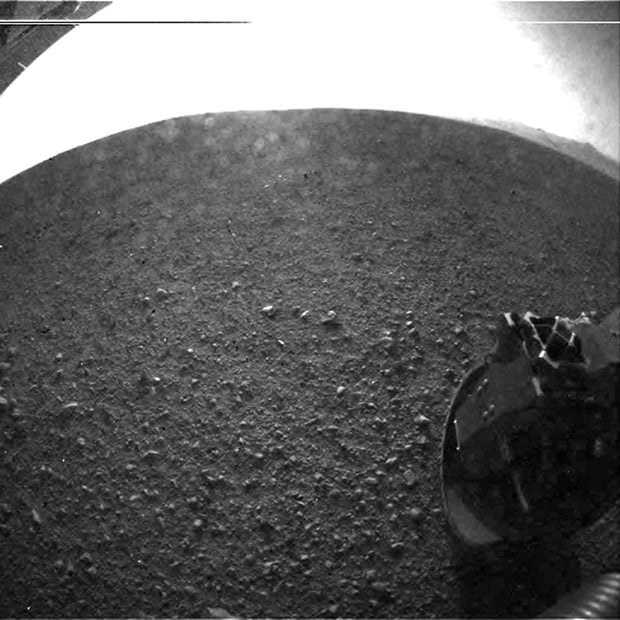 NASA’s Curiosity rover landed on Mars this morning with much fanfare here on Earth. The photo above is one of the first photographs snapped by the rover and beamed back to Earth. Captured through a fisheye wide-angle lens, the landscape photo hows a gravel field in the foreground and the rim of the Gale Crater (the rover’s new home) in the distance.


The image is blown out in the upper region due to the fact that the camera is pointed straight at the sun. Unlike our Earthling cameras, however, the one-megapixel Hazard-Avoidance cameras (Hazcams) on the rover are not damaged by the sun.

The rover’s “gear bag” isn’t limited to one-megapixel cameras. Once it settles into its new home, NASA engineers will deploy fancier cameras.

The Mast Cameras (Mastcam) pack two-megapixel sensors and will be used to shoot color photographs and high-resolution panoramas using 34mm and 100mm lenses: 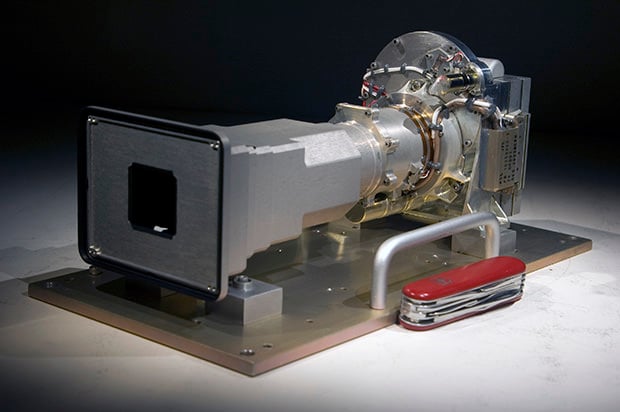 In total, there are 17 cameras built into the rover.

12 of them are engineering cameras: eight Hazcams and four Navigation cameras (Navcams). Half of them are backups in case the primary cameras fail.

There are also a number of other cameras used for specific tasks. The Chemistry and Camera (ChemCam) will be used to snap photos of distant objects, while the Mars Hand Lens Imager (MAHLI) — located on an Inspector Gadget-like arm — will be used to snap macro photographs of rocks and soil. 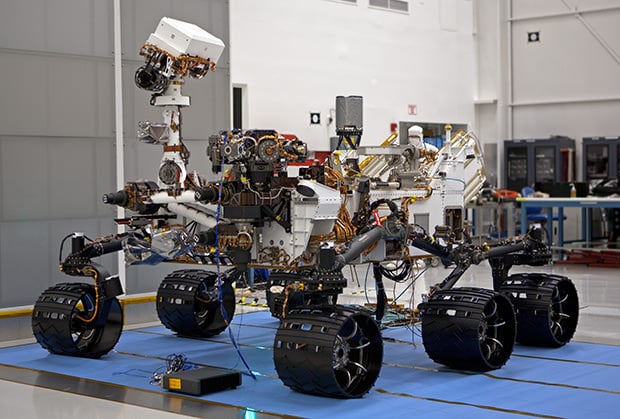 Photographs of the red planet will be continuously published to NASA’s multimedia gallery, and the most exciting images are highlighted here.