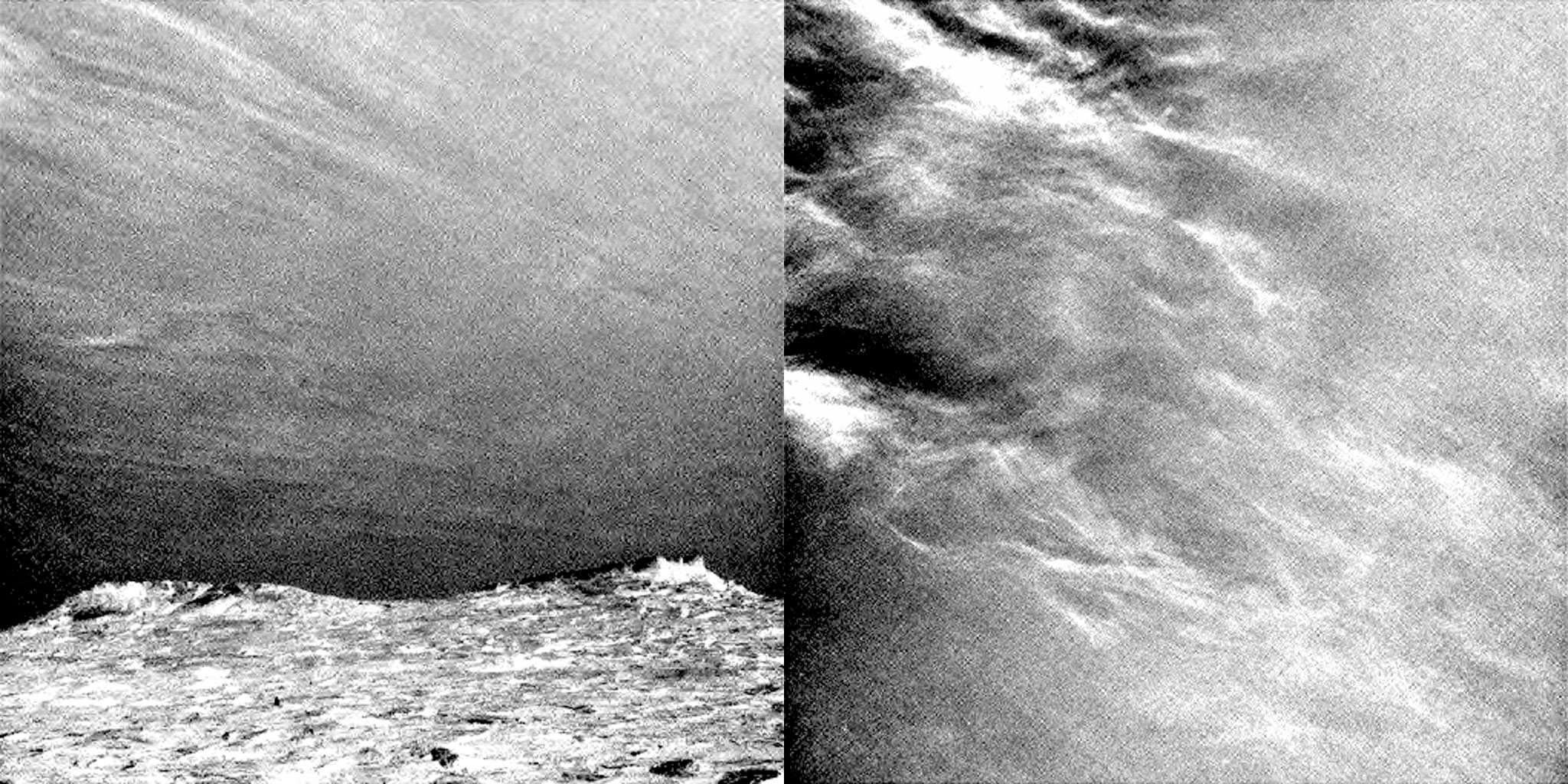 NASA’s Curiosity rover has captured a series of photos showing what clouds look like as they float across the sky on Mars. The photos are the clearest images of clouds seen so far by Curiosity since the rover arrived on Mars 5 years ago.

Curiosity shot the photos with its Navigation Camera (AKA Navcam) on an early Martian morning last month. It captured two sets of 8 photos. For one set, it pointed its camera straight up toward the sky. For the second set, it pointed at the landscape just above the southern horizon.

After receiving the photos here on Earth, NASA then enhanced the images and created timelapse GIFs that clearly show the cloud movement (sped up). Here’s how NASA says the enhancement was done:

York’s Charissa Campbell produced the enhanced-image sequences by generating an “average” of all the frames in each sequence, then subtracting that average from each frame, emphasizing any frame-to-frame changes. The moving clouds are also visible, though fainter, in a sequence of raw images.

Here are the three timelapses created from Curiosity’s photos (the last one is the non-enhanced one):

“It is likely that the clouds are composed of crystals of water ice that condense out onto dust grains where it is cold in the atmosphere,” says Curiosity team scientist John Moores. “The wisps are created as those crystals fall and evaporate in patterns known as ‘fall streaks’ or ‘mare’s tails.’ While the rover does not have a way to ascertain the altitude of these clouds, on Earth such clouds form at high altitude.”

(via NASA via Gizmodo)

How to Shoot Corporate Headshots: 3 Looks in 30 Minutes