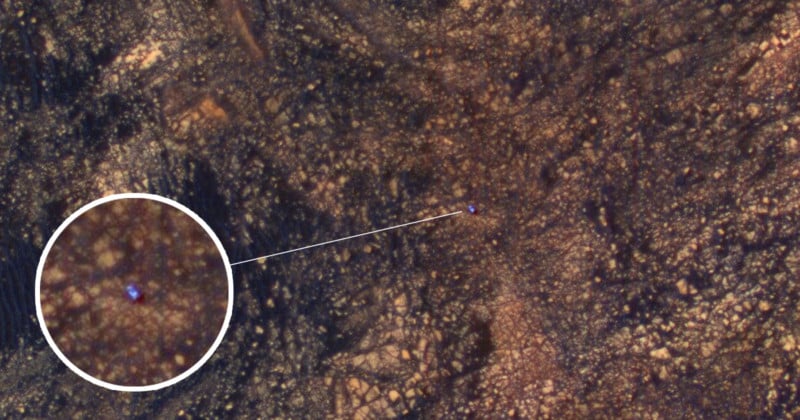 Trundling along the rocky terrain of lower Mount Sharp, the lonely Curiosity rover was recently photographed from space by NASA’s Mars Reconnaissance Orbiter using the most powerful telescope ever sent to Mars.

The 9.8-foot-long (3m) rover appears as a (somehow cute) tiny blue spot amongst the coppery-colored surroundings of Mount Sharp. Curiosity had been exploring Mars’ Gale crater, which has Mount Sharp as its central peak.

The image was taken on June 5 using the 143lb (65kg), $40 million High Resolution Imaging Science Experiment (HiRISE) camera onboard the Mars Reconnaissance Orbiter. According to NASA, HiRISE has been imaging Curiosity about every three months, to monitor the surrounding features for changes such as dune migration or erosion.

Curiosity appears bluer than it really is to the human eye because of the way HiRISE exaggerates color in order to show the difference in surface materials on Mars for study. The camera uses three different color filters: red, blue-green, and near-infrared. By combining the images taken with the different color filters, “false” color images are created that emphasize textures. 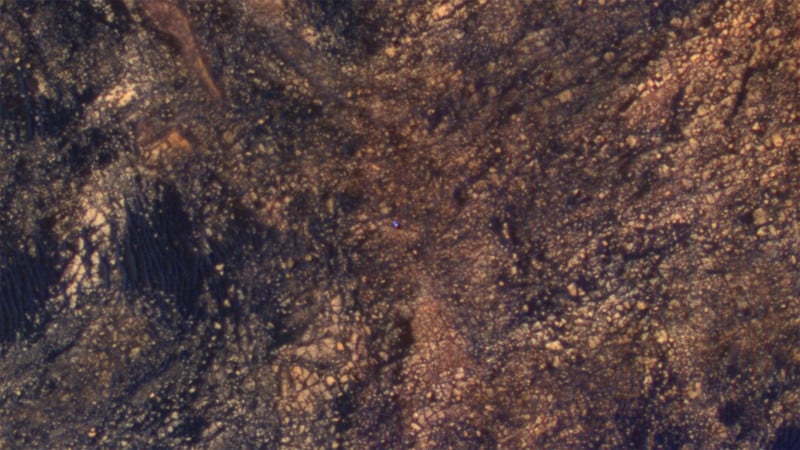 If you’d like to take a closer look, the full-resolution JPG is available from NASA here, and the TIFF can be downloaded here.

This Ad Has Photographers Shaking Their Heads