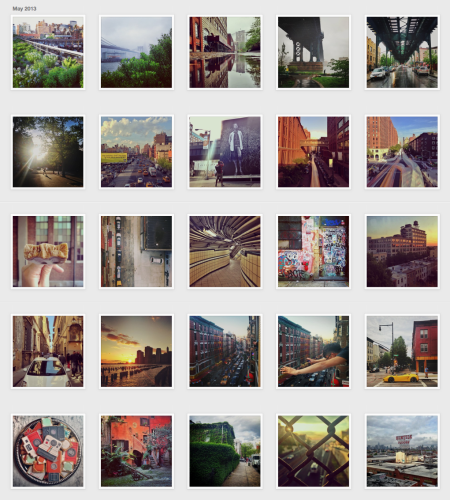 While some people still regard Instagram as a hipster gimmick bound to eventually wear out its welcome, most people have come around and found it to be much more than just another spoke in the social media wheel. Instagram is perhaps the most simplistic of the social media applications but much like Twitter, it has used that to its advantage rather than let it become a hindrance.

Even though it’s often used for sharing your current meal or that cute face your cat always makes, sometimes it gets used to its full potential as a device for unconventional humor or revolutionary marketing. And then sometimes it’s taken even beyond that and used to showcase unique visions and exquisite works by some of today’s greatest artists. These are some of those artists. Dave Yoder is a regular photographer for National Geographic, which means his Instagram feed can feature anything from a raptor trainer in Abu Dhabi to a bounty hunter in Indianapolis. His photos are an excellent study of the beauty, fun, and fear human beings experience in their everyday life around the world. 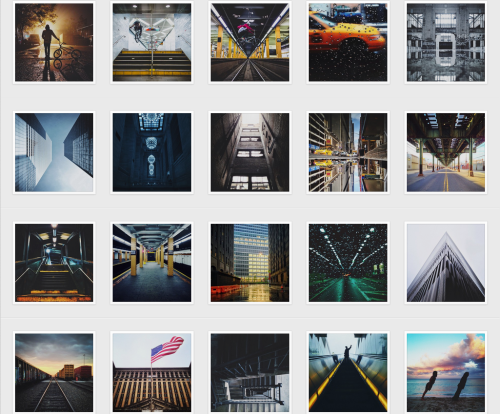 If only we could all see the world around us with the same keen eye for amazing patterns and awe inspiring symmetry as Timmothy McGurr aka 13th Witness. The way he lays out the cityscape and urban sprawl of every day life can have you thinking we live in a perfectly planned utopian metropolis one minute and staring into the dead eyes of urban decay the next. His gift is definitely one to take note of, and if you end up as a fan I strongly urge you to check out his website where he expands upon his Instagram feed with his other equally impressive work. 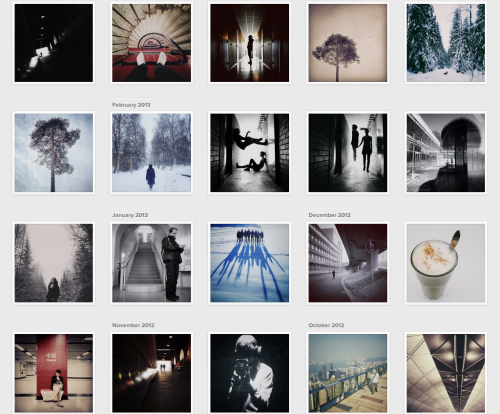 Stark surreal landscapes and haunting portraits make this feed stand out among the rest. Jussi, a young artist out of Finland, creates a semi-lucid experience in his feed that captures playfulness, light, and solitude through the high contrast haze of a dream. There’s a unique and singular vision on display here and if this is what Jussi has to offer at such a young age there’s no doubt his skills will grow exponentially more impressive and eye catching. 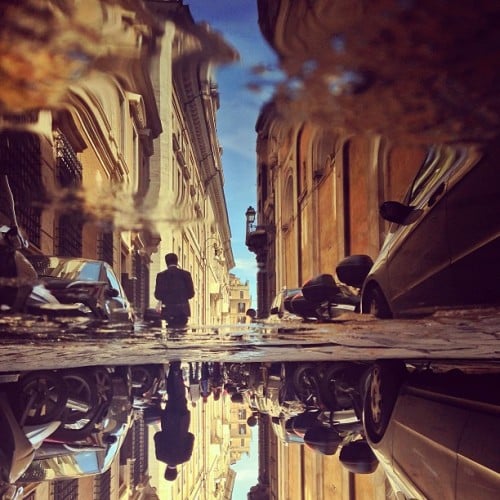 You may already be familiar with Sam Horine but there’s no way I could leave him off the list. The fact that he’s based out of New York, a city with almost as many photographers as cabs, only makes his unique perspective of the city all the more impressive. Sam is a shinning example of an Instagram account taken to the next level. Which is probably why he was asked to take over the Tribeca Instagram account leading up to the Tribeca Film Festival this year. Touring the city and capturing it’s vistas under the Tribeca banner is just one of several projects occupying Sam’s time though. Recently, and perhaps more importantly, he helped raise over $20,000 for Hurricane Sandy relief with a show at The Foley Gallery on the Lower East Side. Boldly taking their smartphone where few, or really no one, has gone before. The NASA Goddard Space Flight Center generously share gorgeous shots of natural phenomenon, Hubble captured galaxy-scapes, and even portraits of the alluring “Mohawk Guy” from the Curiosity Rover Landing. 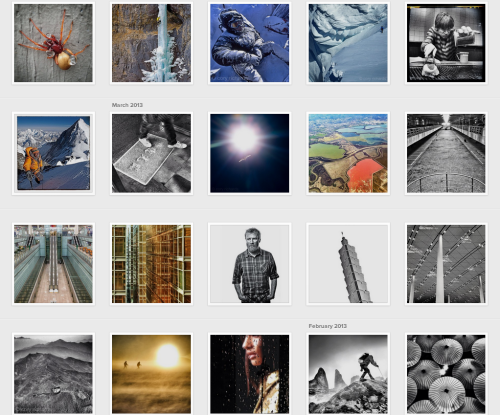 A climber for North Face and one of the top adventure and expedition photographers in the world, Cory Richards’ Instagram is one that comes highly recommended. His feed features a nice selection of photos displaying everything from the harsh trials of Mother Nature’s mountains to the unique beauty of Indonesian spear fishing. Clearly this is a feed that will stand out between pictures of what your friends are drinking at the local bar on a Friday night. And if his work happens to looks familiar it’s because he’s also been featured by the likes of National Geographic. 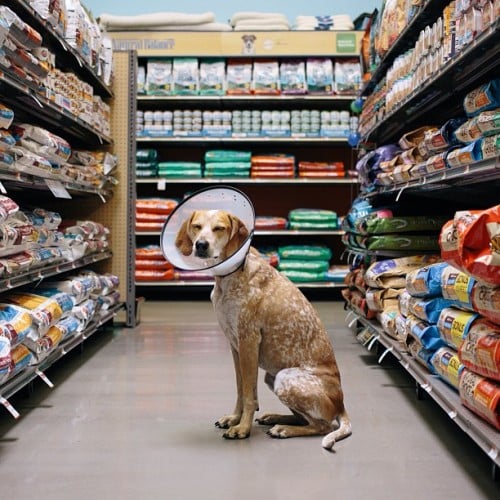 Theron Humphrey is another name you may have heard before and with good reason. Whether you’re an animal lover or just someone who can appreciate a beautifully composed shot, you’ll quickly come to enjoy the adventures of Theron and his beloved coonhound Maddie, as they travel around the world capturing the genuine and simple joys of life. They’ve even gained a good amount of notoriety recently through their blog and book of the same name, Maddie on Things. Additionally, Theron was one of last year’s lucky recipient’s of National Geographic’s Traveler of the Year Award. 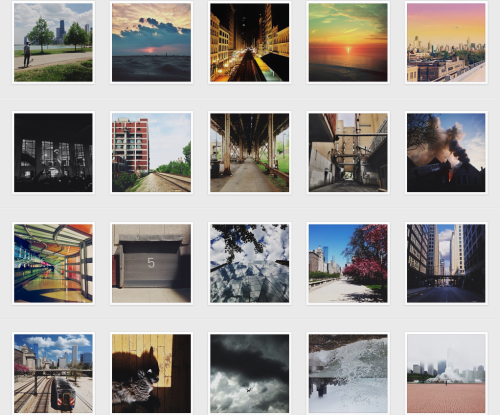 Elise Swopes, the graphic designer, rapper, and featured Instagram photographer offers a colorful view of her current hometown, Chicago. The invigorating oranges, reds, and pinks of her skylines and cityscapes seduce the eye and are a nice way to add a little color to your feed. 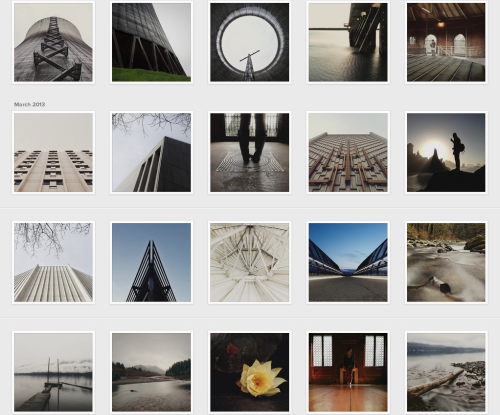 Dan Cole is arguably one of the best photographers listed here and he has the followers to back it up. But really he doesn’t even need the numbers. One look at his photos and you’ll be sold on his incredibly striking and equally versatile vision. With content ranging from the celebration of the simplistic beauty in architecture’s sharp edged symmetry to serene nature photos that often look so peaceful they could be paintings, Dan Cole has earned every follower he has with an Instagram feed that is unrivaled. 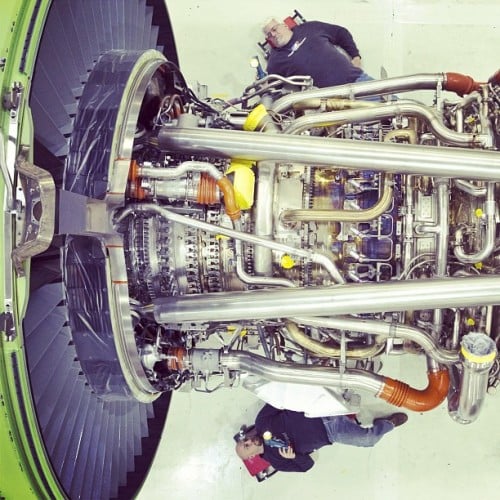 Yes that’s right, General Electric. If you’ve never checked out their Instagram feed I can understand why you may be puzzled. Go check it out and you’ll instantly see why it made the list. Seriously, go check it out. Have you ever seen such mesmerizing patterns and shapes? General Electric have set the bar for the artistic integrity of a corporate Instagram account. Their photos are so well staged and captured they give the viewer an instant appreciation for the industrial goliath being assembled before them despite the viewer having no idea what exactly they’re looking at. Now that’s a powerful photo.

Add Another Dimension to Your Photos with 3D Printing

The Kobayashi Maru of Photography