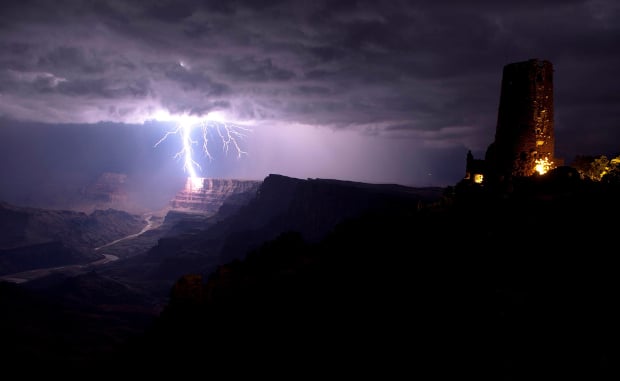 This incredible photo of a lightning strike at the South Rim of the Grand Canyon was shot by photo and videographer Travis Roe in July of 2012. A spectacular capture by a photog who has been shooting lightning since he was a teenager, the most surprising thing about this photo is that it went viral only after it somehow didn’t even place in the National Parks Service 2012 photo contest.

Strange though it may seem, the photo wasn’t deemed worthy by the contest’s judges, “I’m a pretty pessimistic person but I honestly thought that the photo had a chance at 2nd place at best” said Roe when we caught up with him. “However, when the winners were posted this April and I wasn’t one of them, I didn’t think much of it since it seems that the photos they pick from that contest tend to be more oriented to showing people in the parks.” 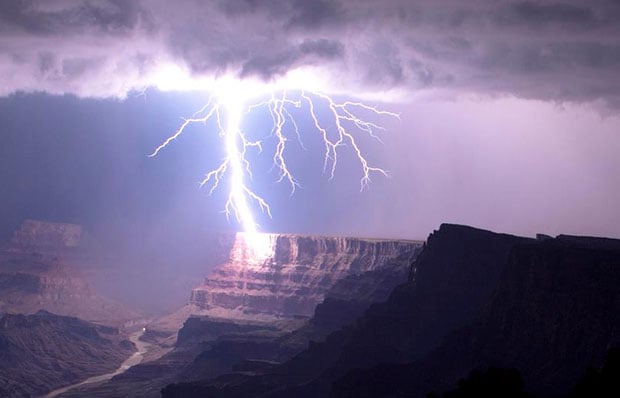 He didn’t think much of it, that is, until he began receiving texts and calls from friends and relatives in the US and Canada telling him they had seen his photo on the news. It turns out that someone at the Department of the Interiors had seen the photo and thought enough of it to post it to the department’s Facebook page.

The rest or the work was done virally as people shared and liked the photo until it was ultimately picked up by international news outlets. Still, deserving as the photo is of the attention it’s gotten, Roe still can’t believe his luck:

I’ve been really surprised at how quickly a photo that didn’t even place in the contest I entered it in, garnered so much attention in such a short time. If it hadn’t of been for someone at the Department of the Interior thinking enough of the photo to post it, I’m sure the photo would have just faded into obscurity.

Here’s another photo Roe was kind enough to send us from that night of shooting: 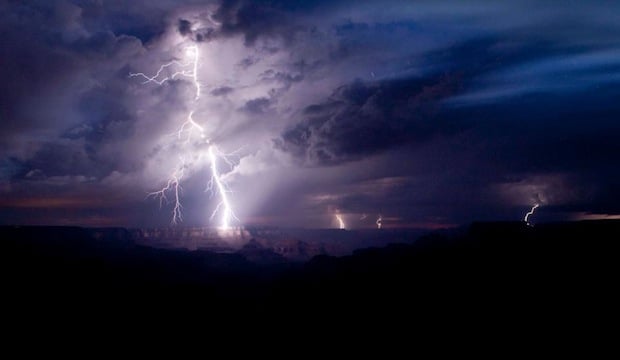 A videographer first, Roe has been photographing lightning with 35mm and medium format film cameras for almost 20 years. Interestingly, that night was the first time he photographed lightning with a digital camera … talk about a positive first experience.

If you want to see more from Roe and/or purchase a print of the amazing shot at the top, you can head over to his website by clicking here.

Image credits: Photograph by Travis Roe and used with permission.