Here’s a TEDx talk photographer Brandon Stanton gave at Columbia University last October about “how our worldview is negatively affected by good stories.” Stanton is the photographer behind the website Humans of New York. 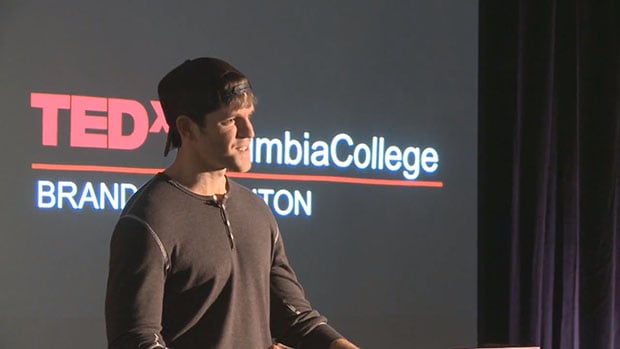 Stanton graduated from the University of Georgia with a history degree before spending three years in Chicago as a bonds trader.

After losing his job and moving to New York City, Stanton started his Humans of New York photography blog in 2010. It quickly became an Internet phenomenon, and is now followed by over half a million people (in fact, it’s the fastest growing Arts and Humanities page on Facebook).

Stanton says that early on, he noticed something interesting about how photography and news work. When attending events, instead of seeing photojournalists distributed evenly among the crowds…

…he saw that coverage almost always focused around single individuals or groups of people that stood out:

While these photographs make for “good stories,” they aren’t always representative of the facts.

Being inundated with “images of extremes” is “changing our perception of the real world around us,” Stanton says.

Photos of Patterns and Repetition Spotted During Urban Exploration

New Yorkers Upset Over Photographer’s Secret Snaps Through Their Windows