Photographer Brandon Stanton has one of the most popular photo projects going on right now in Humans of New York (HONY). Millions of people follow him through his site and through social media, and his photo book instantly became a #1 New York Times bestseller after it was published.

Comedian Tyler Fischer decided to capitalize on Stanton’s fame for his latest video. Walking around New York City wearing a baseball cap on his head and a DSLR around his neck, Fischer successfully convinced random strangers that he was Stanton shooting for HONY.

As a testament to how famous HONY has gotten, many of the people Fischer approached became extremely excited about getting to finally “meet Stanton.” A photography director even handed Fischer a copy of his business card and asked Fischer to call him.

Once his prank victims agreed to be photographed, Fischer began to photograph them with bizarre-looking techniques, strange instructions, and haphazardly composed shots. 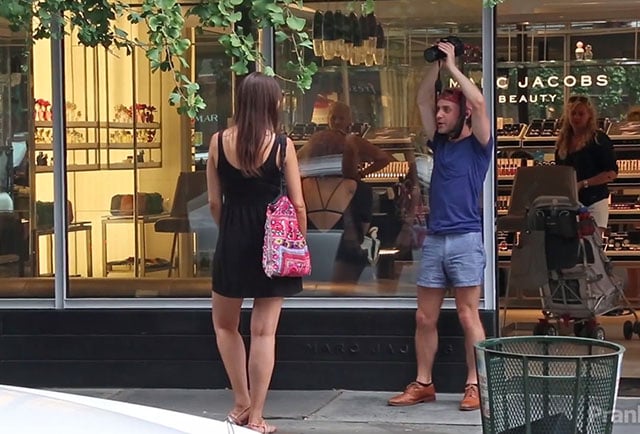 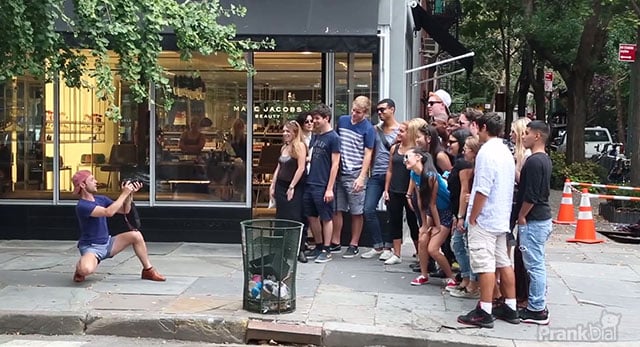 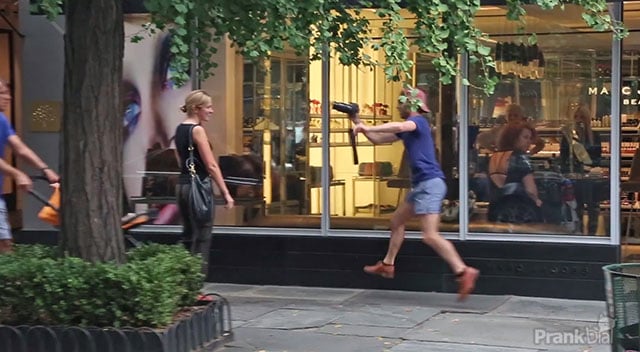 Unbeknownst to the subjects, the real Brandon Stanton has been out of the country on a world tour since earlier this year (one of the subjects in the video even questions Fischer on this).

Commenters on YouTube and around the Web had some pretty harsh criticism of this “prank,” with many calling it mean-spirited and “a light version of identity theft.” One commenter, however, points out that it could be interpreted as a form of social commentary:

The point of this is to show how far people will go, no matter how inane, absurd, or ridiculous the method is, to be singled out as someone with a unique or special quality others will admire them for — the desperate hunt for approval from others. Notice how he says “We’ll get a million likes by 5 o’clock!” and no one has any objection to it at all, or even doubts that he’s the guy from Humans of New York. Welcome to satire, guys.﻿

To see who Stanton really is and how he works, check out this feature by Mashable:

There’s also a really good interview with the photographer conducted by Chase Jarvis.

Relonch Case Slaps an APS-C Sensor and f/2.0 Lens Onto Your iPhone