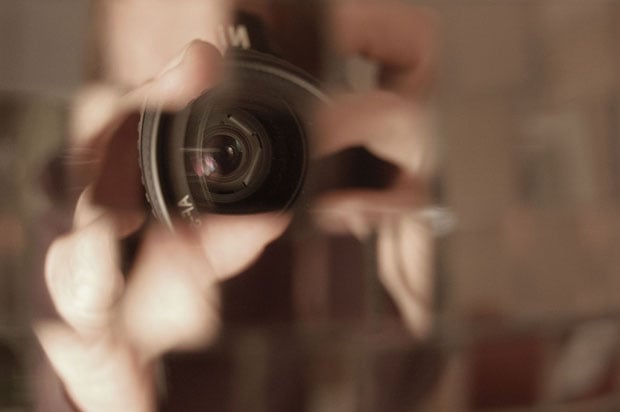 I have been shooting photographs regularly for over 7 years now. I spent the first year shooting with a 2-megapixel phone camera. Since then, however, I’ve almost always had RAW capable cameras and shot RAW compulsively. And why not? I get 16x or 64x more colour depth than JPEGs. I don’t have to bother about setting the right white balance, contrast or sharpness. I don’t have to choose between monochrome and colour at the time of shooting. I can figure all of that out on the computer during RAW conversion and even try out different settings for the same picture at my leisure. Why would I give up all this and shoot JPEG? 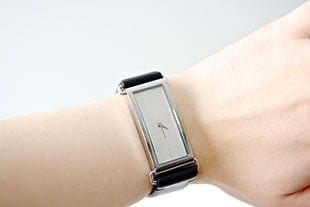 The reason, unsurprisingly, is that I find a lot less time these days to spend in front of a computer processing photos, which means that I could either shoot fewer shots, or save time on post processing.

Some time last year, I started shooting in RAW + JPEG mode quite regularly. It allowed me to quickly share the obligatory pictures I took at social events with the participants who would be quite impatient to upload them to Facebook, etc.

What I found was that often the JPEGs were great even for pictures that I cared about personally. After several months of this exercise — and due to quite some friction with handling Sony ARWs in my Nikon-centric workflow — I decided to give JPEG-only shooting a try. My Sony RX100 turned into a JPEG-shooter.

I still prefer to shoot RAW in all conditions. However, forcing myself to shoot JPEGs on my backup camera has helped me get over the fear of not shooting RAW. The practice I get from shooting JPEGs has helped me gain more confidence with the way I shoot RAW and not keeping my friends and family waiting for weeks to see the “finished” photos has been a bit endearing as well.

What does it take to shoot satisfying JPEGs?

Since JPEG files have very little latitude for post-processing, it is important that the photograph be finished to as much of an extent as possible in the camera. This requires a bit of extra consideration while shooting. However, I found the change to be less drastic than expected.

I have always been particular about using the right colour mode (Landscape, Portrait, Vivid, etc.) while shooting RAW even though it’s inconsequential because it helps me visualise the end result while looking at the preview in camera. This setting alone can nail contrast, sharpness, saturation and the overall “look and feel” of the photo. It is very important to get this right since the colour mode dictates the tone curve that would be used to down-sample from 12 or 14 bit sensor output to 8 bit JPEGs. The 4-6 bits discarded per channel better not be the ones that you need the most for your end result or you’ll have a tough time trying to work without the lost data in post processing. 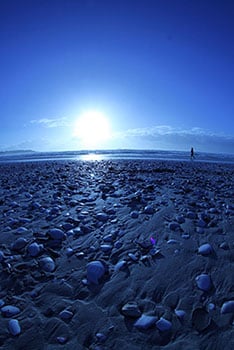 The next most important thing for JPEG shots is white-balance. The white-balance setting for RAWs is totally inconsequential since it is just a multiplier applied to RAW channel data for Red:Blue ratio (warmth) and another for Green channel strength (tint) during conversion. However, extreme multipliers (e.g. in Tungsten, Fluorescent, Shade WB) tend to discard significant amounts of data from a channel (Red, Green, Blue, for the mentioned settings respectively). Having the wrong WB setting while shooting JPEGs makes it almost impossible to fix in post-processing. This is where a camera with better Auto-WB computation proves very helpful.

An exciting new development in recent cameras is the addition of “creative effects”, which you can use to add some more macro-customisation of the output as it is being recorded. This helps a lot in saving post-processing time by accomplishing more specialised results such has high/low-key shots, colour strength/weakness, dioramas, etc. right at the time of recording the photograph.

Finally, since we are shooting JPEGs to avoid post-processing time, it’s important to get the exposure, composition, horizon tilt and framing right, as much as possible. Having done all of these right would get you the holy grail of being able to use your photo “SooC“.

Following are a few JPEG samples that I am particularly satisfied with and feel that they match the results I could have extracted from post-processing RAW output. 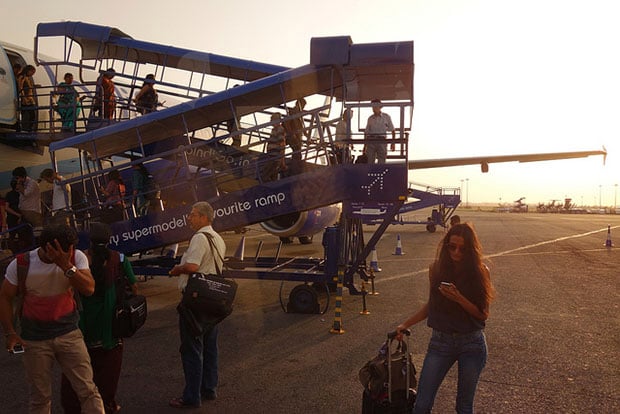 The picture above is a great example of using the right colour mode. This flight landed just a few minutes ahead of sunset (see the long shadows) and I wanted to capture the late afternoon atmosphere so I used the “Sunset” colour mode on the RX100. That got me the exact look I wanted and allowed this picture to be uploaded as-is with zero post-processing. 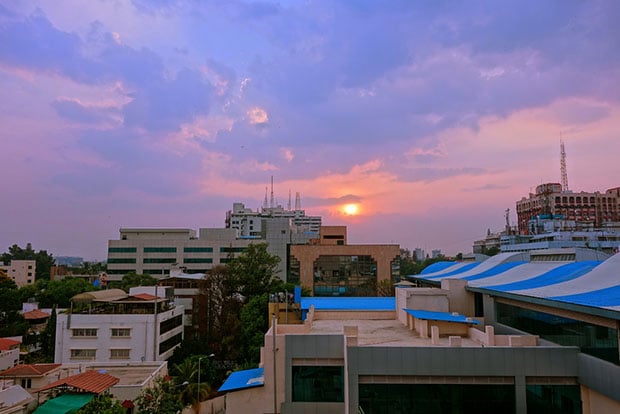 The above picture is an example of why it’s important to get the WB nailed as far as possible. I wanted to highlight the blues and suppress the greens in this shot, so I chose “Fluorescent” WB setting to achieve that effect. It got me to the ballpark colours but was a bit too strong on the effect, so I shot it again with Auto WB. Later while adjusting the colours in post-processing, I found that it was much easier to get the desired look from the “Fluorescent” setting than from the Auto WB setting. The latter led to increased noise – the usual outcome of pushing a JPEG to its limits. This picture also happens to be an in-camera HDR done superbly well by the RX100. 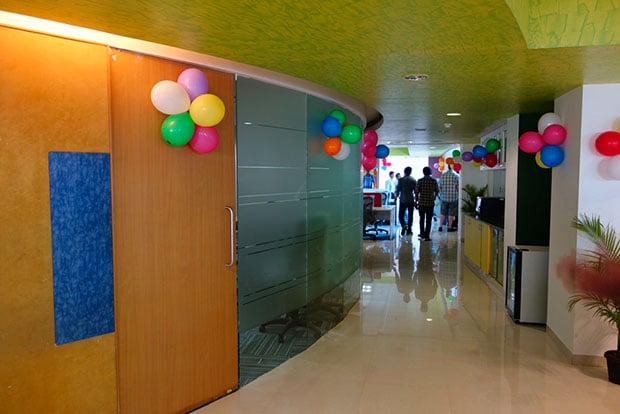 The above picture is an example of how you can use some of the conveniences of a modern camera. This picture is shot hand-held in “HDR Auto” mode. In this mode the camera automatically decides how many bracketed shots to take and what their EV deviation should be, it fires all the shots in a single click of the shutter button, aligns the images and does the tone-mapping. All of this happens in accordance with the colour mode you select (Vivid, for the above picture). This picture too has been posted with zero post-processing adjustments. 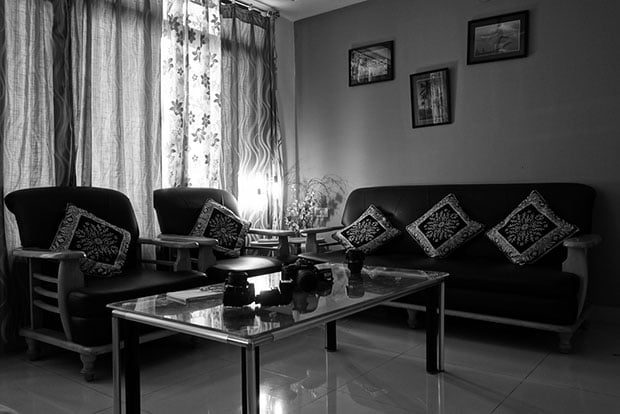 This last example shows the usage of creative effect modes while shooting JPEGs. This shot is in the “Rich Tone B&W” mode that creates a monochrome HDR photograph with a single click of the shutter. This too has been uploaded with zero adjustments in post-processing.

Shooting photos in RAW format gives immense creative freedom in finishing the photograph and also simplifies the shooting process by requiring only that the photograph be framed and exposed reasonably well. However, this freedom comes at the price of time spent in post-processing on the computer.

If you already have an end-result in mind, you could save a lot of time and effort by trying to get the photograph as envisioned right in the camera itself. Contemporary cameras offer the JPEG shooter with a lot of creative options that make it even more quick and convenient to get the envisioned end result.

About the author: Tahir Hashmi is a photography enthusiast who enjoys landscape, urban, automotive, skyscape, architectural and object photography. Visit his website here and his Flickr account here. This article originally appeared here.