For their most recent international foray, the DigitalRev producers decided to send Kai, Lok and Alamby on a 36-hour trek across London to take photos. They were tasked with travelling to and photographing 10 of London’s best known landmarks, using old film SLRs on day one, and digital cameras the next.

Between 8am on Day 1 and 8pm on Day 2, Kai and Lok have to battle it out taking pictures of Portobello Market, Hyde Park, Oxford St., Millennium Bridge, St. Paul’s Cathedral, Covent Garden, Leicester Square, China Town, Summerset House and Big Ben. And they have to do them all in that order. 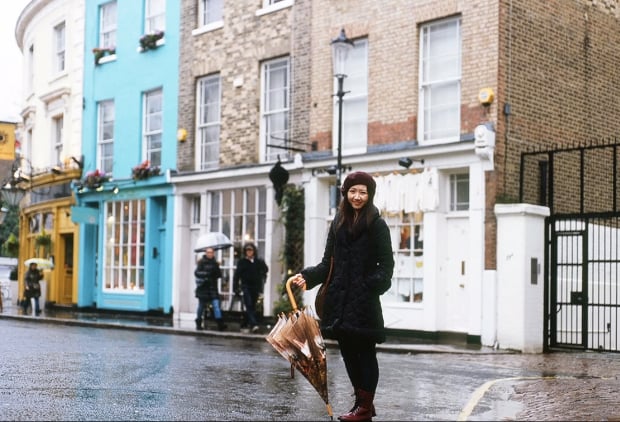 The first day goes well enough. Ignoring the crappy weather and some minor difficulties working their SLRs and holding an umbrella at the same time, they manage to visit the first four locations before turning in. But this leaves them with six to cover in just 12 hours once they’re up and about the next morning.

The second day was nicer, both weather and gear wise. Using mirrorless digitals, the only issue they ran into was that each was given a different focal length lens. Lok had a 35mm while Kai had to settle for a 50mm. Not a problem until you have to get all of St. Paul’s cathedral in one shot — 15mm of focal length ended up making a huge difference there. In the end they do make it to Big Ben just under the 8pm deadline (only just). But the point of the video really wasn’t about taking a tour of London or whether or not they would make it to Big Ben by eight. What they were trying to show is that, whether you’re shooting film or digital, the best way to explore a city is with only your favorite camera, and your favorite lens.

So pick reliable gear you love, pick a city you love, and get to it. Or, if you’re like us and you can’t afford to go traipsing off to London, pick a subject closer to home. We’ve seen a couple of very successful photo projects lately that did just that, and one of them was taken entirely on an iPhone.