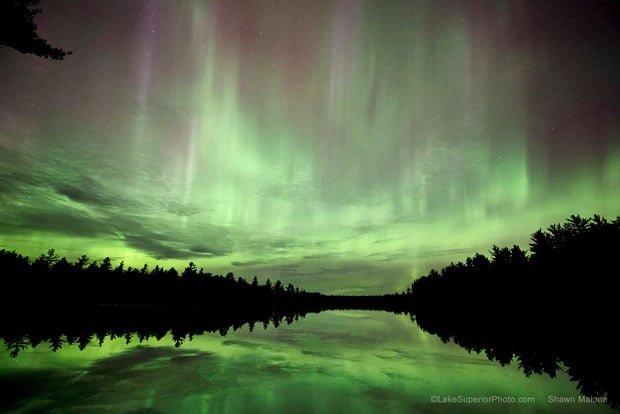 For over a year now, photographer Shawn Stockman Malone of LakeSuperiorPhoto has been pointing her cameras at the sky over Michigan’s Lake Superior and capturing dazzling displays of the Northern Lights.

Malone’s nighttime skyscapes include all kinds of “night sky events,” including auroras, meteor showers, nebulae, planets, the milky way, and comets. The photographer also experienced some strange wildlife encounters during her shoots, including sparring moose, howling wolves, a persistent beaver that wouldn’t get out of Malone’s shots, and a blue heron fishing under the light of an aurora.

Everything was shot using a Canon 5D, 5D Mark II, and 5D Mark III, along with an assortment of wide angle lenses. All of the shots were also captured within 200 miles of Malone’s home in Marquette, Michigan. The images show the beauty of what she sees in her own backyard.

Although Michigan isn’t as known for its auroras as some other locations in the world (e.g. Norway, Iceland, Alaska), the Northern Lights were quite active over Michigan skies throughout 2012. Here are some of the images Malone shot: 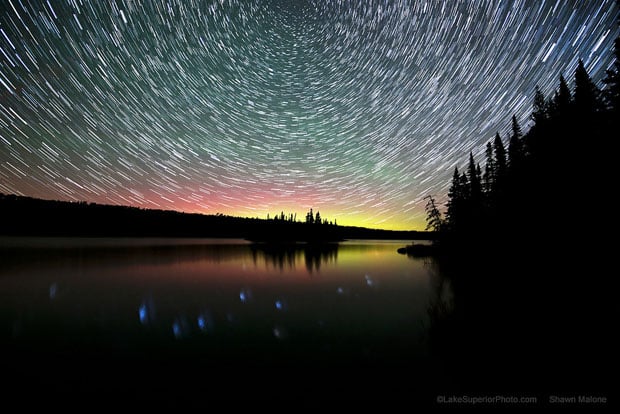 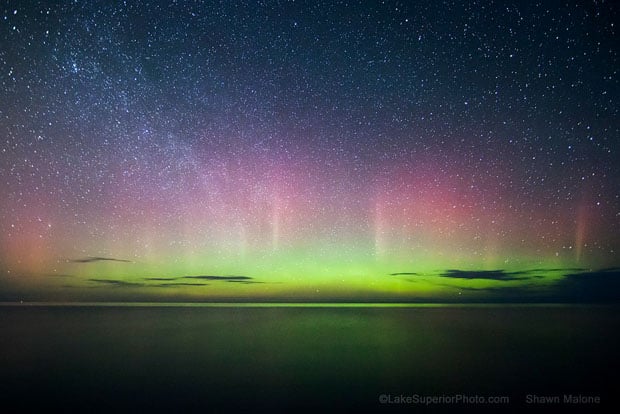 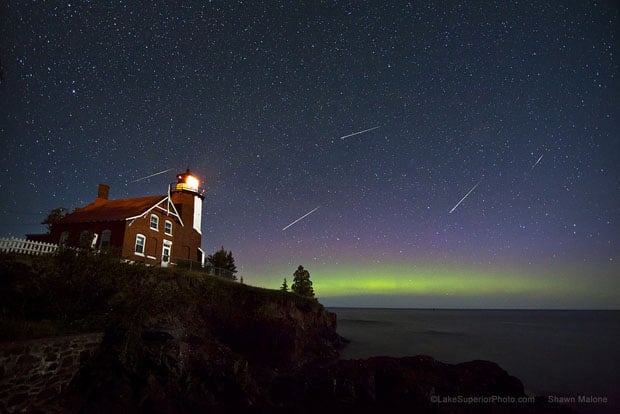 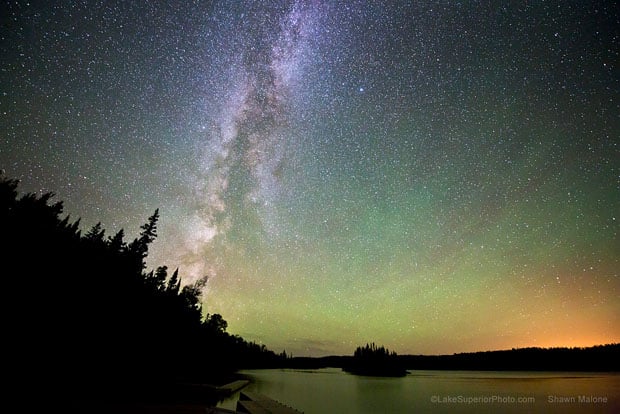 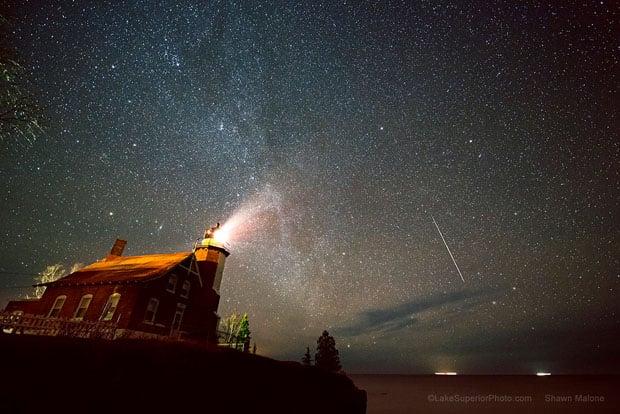 After a year of regular shooting, Malone took 10,000 still photographs and turned them into a gorgeous compilation time-lapse video containing 33 different scenes. It’s titled “North Country Dreamland” (be sure to watch it with sound, in HD, and in full screen):

You can also find individual photographs from the shoots on Flickr and over on LakeSuperiorPhoto.

P.S. In case you’re wondering, the background track in the video is the song “Lifted” from the album “The Crossing” by artists David Helpling and Jon Jenkins.

Image credits: Photographs and video by Shawn Stockman Malone and used with permission