Earlier this year, photographer James Quantz Jr. got the opportunity to shoot the official photos for the 2013 South Carolina Gamecocks football team. So, at 6 o’clock one morning, he and his assistant found themselves at Williams Brice Stadium preparing to take the photos that will grace the teams posters, programs and tickets for the next calendar year.

As an added bonus, Dust of the Ground production company from Columbia, SC tagged along and put together this behind the scenes video that shows Quantz at work with the players and staff.

You may remember an article we shared by fine art and fashion model Jen Brook titled ‘Dear Photographer… Kindest Regards, Model.‘ It was a mock letter to all “new-ish” photographers about how to work with models to get the best results. We’re not sure if Mr. Quantz read it, but his approach reminds us of that article — even if his models aren’t so much “models” as they are star athletes.

His stated goal — other than taking great photos, of course — is to have fun. He talks to the players, laughs with them, makes them feel comfortable, and includes them in the process. The football players seem to be genuinely enjoying themselves despite the fact that the shoot is so early in the morning.

Of course, none of that means anything if the final pics don’t turn out well. Thankfully that doesn’t seem to be a problem; the final products, after some post-processing, turned out pretty cool: 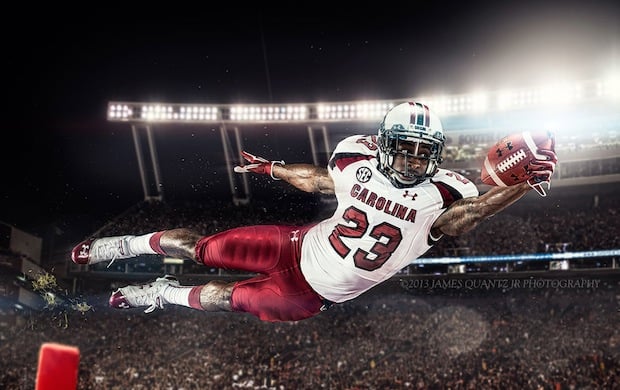 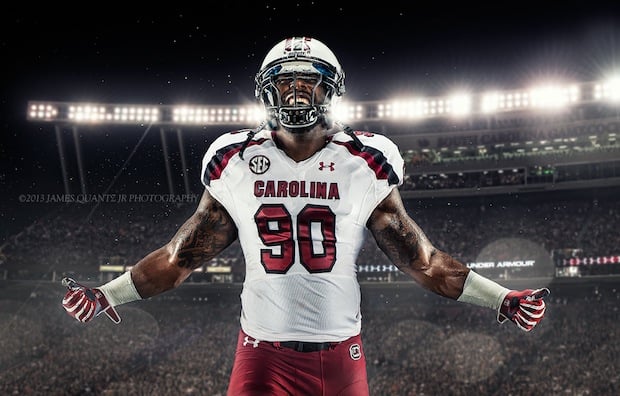 To see more from Quantz or Dust of the Ground, head over to their websites here and/or here, respectively.

Close Call: Reporter’s Selfie Reveals That a Baseball Whizzed By Her Head