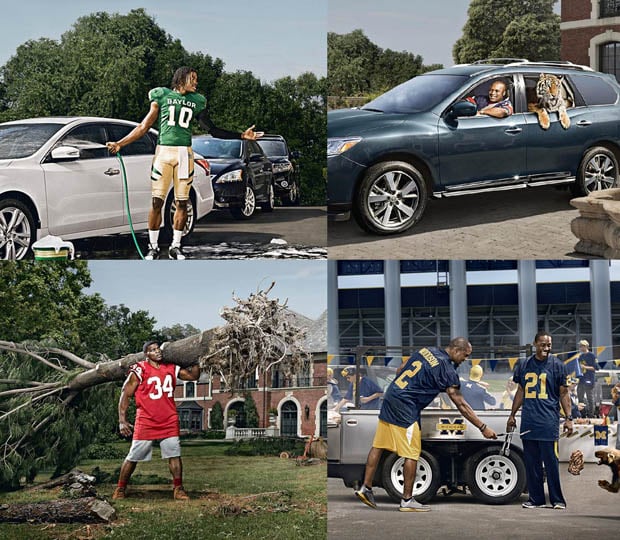 Photographer Gary Land was recently hired by Nissan to shoot a series of car advertisement photographs featuring the famous Heisman Trophy-winning football players Charles Woodson, Bo Jackson, Robert Griffin III, and Herschel Walker. Luckily for all of us, the team produced a series of behind-the-scenes videos offering short glimpses into how the photographs were created, the gear they used, and tricks they came up with to their turn ideas into reality.

You can click any of the final advertisement images to see them in a higher resolution.

When you can’t find a live wild animal for your shot, taxidermy can sometimes do just fine.

Bo Jackson and the Tiger

To avoid having Heisman Trophy-winner Bo Jackson with a live tiger in the same car, Land decided to photograph the cat separately through a detached car door, and then combine the two images in post. 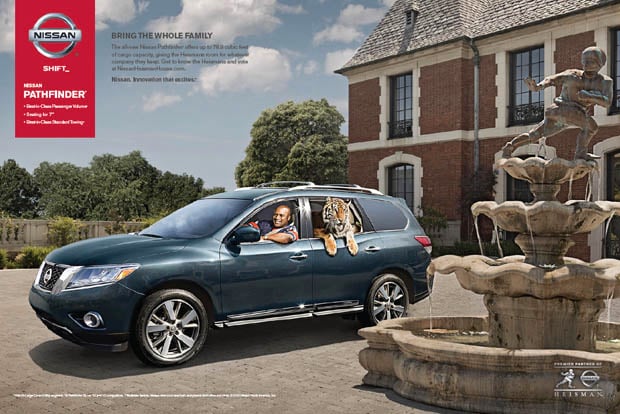 This one mainly talks about the challenge of having to share a popular location with other production crews. 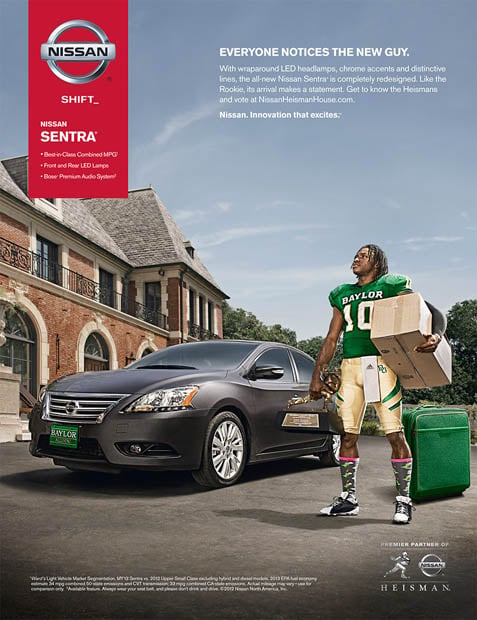 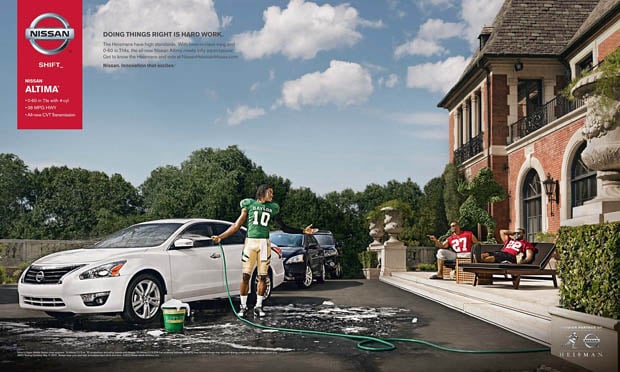 Herschel Walker and the Titan

A look at how the team mixed sunlight with a number of other lights to emphasize both the car and the player. 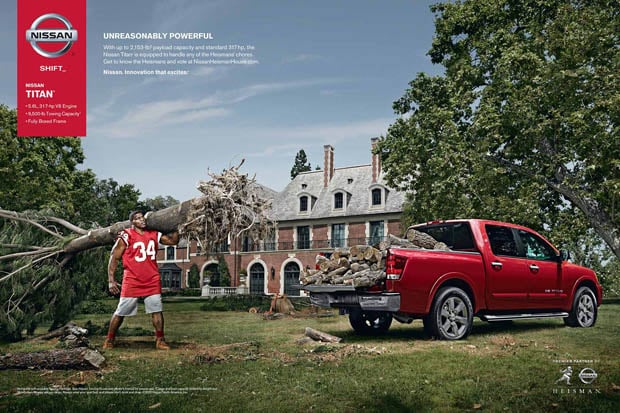 Image credits: Photographs by Gary Land/Nissan and used with permission