A neat way to present a recap of a trip is to take all the photographs taken over many days — both keepers and unwanted shots — and string them together into a fast-paced time-lapse video. A problem with this type of video, however, is that the photos often fly by so quickly that it’s difficult for your brain to distinguish between them and to pick out “highlights.”

Australian photographer Marcus Round of Brisbane, Queensland tells us that an easy way to make these videos a little easier to consume is to help surface the best shots by allowing them to linger.

Back in November 2012, Round took a two week road trip through California. He started in San Francisco, passed through Yosemite, and ended up in Los Angeles. Over the course of those two weeks, Round snapped roughly 5,500 photographs.

To share a recap of his photographic journey, Round threw the photographs together into the video above, in which those 5,500 photographs are shown in less than five minutes.

Round tells us that he highlights the best photos in the video by giving better photos more “screen time.” His trick for doing this involves using the 5 star system in Adobe Lightroom:

As part of my normal workflow for sorting through the thousands of photos from this trip, I looked at every single photo, and any that were half decent I would rate one-star. Then I would go through all the one-star photos and again cull them by rating the best ones two-stars.

I repeated this process through to five stars, ending up with 135 five-star photos out of over 5,000 initial photos.

I’m sure many people use this method to select the best photos. But the trick to make the video was to export the higher-rated photos multiple times from Lightroom, before I imported the entire lot into After Effects as an image sequence. So that zero- and one-star photos only show up for one frame, two-star photos for two frames, three-star photos three frames, four-star photos five frames, and five-star photos eight frames.

This provides a subtle effect of holding slightly on the better photos.

Here are some of the highlights that were allowed to linger: 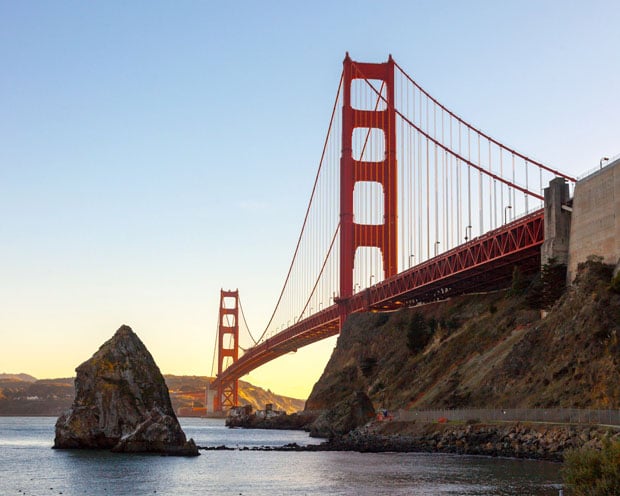 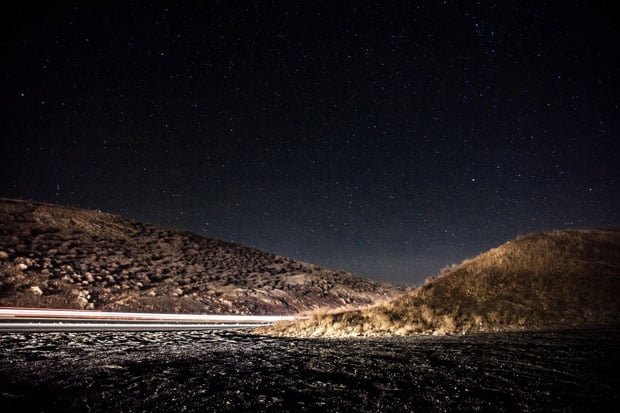 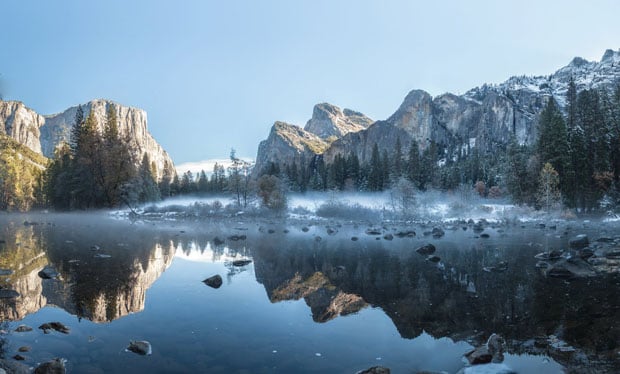 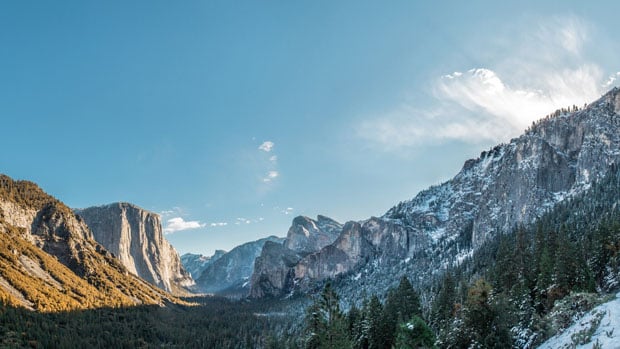 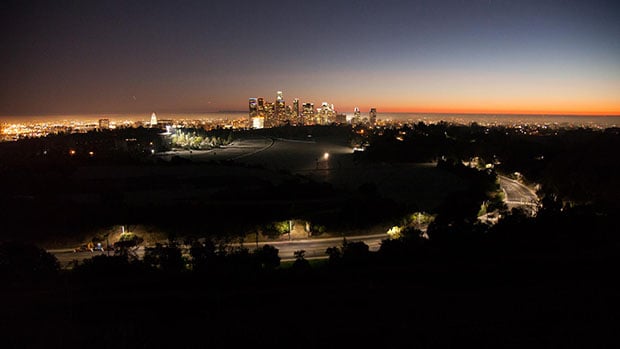 You can find more of the photo highlights from the trip (and time-lapse) in this Facebook album.

P.S. For another time-lapse road trip recap, check out this popular video by a Seattle couple (5000 photos of a cross-country journey in 3 minutes).

Image credits: Photographs by Marcus Round and used with permission

Simultaneous Photographs of and from a Mountain, Shot During a Sunrise