A Seattle-based couple named Mike Matas and Sharon Hwang recently went on an epic cross-country road trip and documented it in a cool way. The duo, both product designers at Facebook, rented a car from a national rental company and spent two weeks driving from San Francisco to New York City. Over the course of their journey, the two snapped thousands of photographs documenting their adventures. After flying back home to the West Coast, Matas took 5,000 of the photographs and turned them into the time-lapse video above that shows their entire trip in 3 minutes and 30 seconds.

The animations were drawn by Hwang, and the music was composed by their buddy Patrick Brooks. 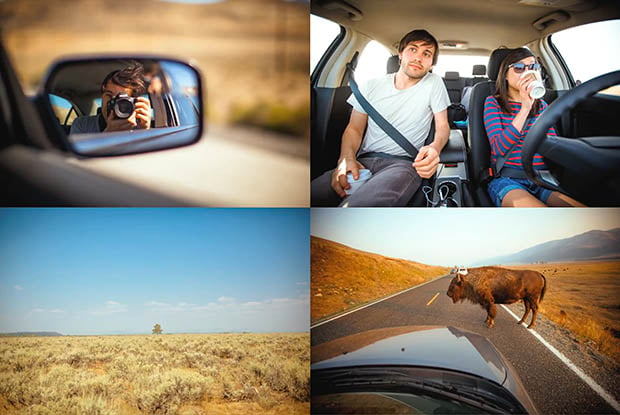 It’s an interesting way to share photos from a trip: you can spent 3 minutes getting a taste of everything that happened, but you can also pause the video whenever you’d like for a closer look at the high-definition still that was used for that frame.