Andy Baio has some experience with copyright infringement, especially where iconic photographs are concerned. In case you didn’t read our previous coverage on the matter, his story goes something like this: in 2009, he put together an 8-bit version of Miles Davis’ album “Kind of Blue” called “Kind of Bloop,” and for the cover art he had a friend create a pixel-art version of Jay Maisel‘s famous cover photo.

Maisel wound up suing Baio for over $100,000 for the infringement, and despite an offer for free representation, potential court costs still forced Baio to settle out of court for $32,500. Baio wound up writing a long blog post about the matter, and now, a couple of years later, he’s expanded on that post in the above talk he gave at Creative Mornings in Portland. 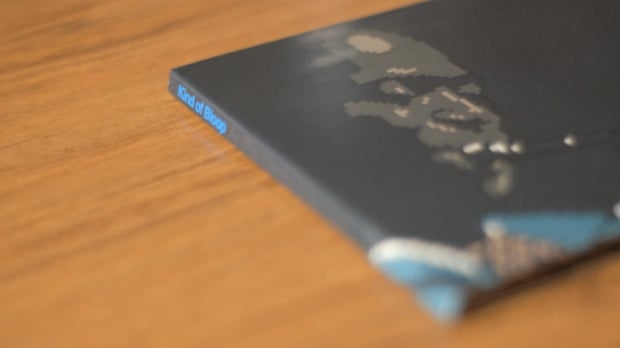 The talk is called “The New Prohibition,” and it discusses the myth of the original idea, the complexities of fair use copyright law, and the culture of suing artists in order to force them to settle out of court, no matter how strong their case is.

Obviously Baio has an axe to grind in this matter (or about 32,500 of them), but he’s not the only person who has believes that there is no such thing as pure originality, and that being inspired by other’s work — or even borrowing it — is just “the way things are.”

Baio’s original blog post ended up stirring up a lot of support for him and animosity for Maisel, but that was never his intent. He simply wanted (and wants) to warn artists of the dangers and complexities of copyright infringement because his settlement, unlike most, didn’t include a confidentiality agreement.

To find out more about Baio’s particular copyright woes and hear his opinion on the matter, either check out the talk at the top or click here to read the original viral blog post.