About a week ago, Red Bull Illume and Snap! Orlando revealed a collaboration they were working on called “Motion to Light,” in which they paired the fluid motion of certain sports with light painting. Part one used photographer Patrick Rochon and a team of wakeboarders to capture some stunning pics. Now a week later, we have part two. And the sport of choice? Paramotoring.

In this part, pilot “Super Fly” Chris Santacroce and photographer Vicki DaSilva come together to make the magic happen. Santacroce is asked to fly around at night with an eight-foot light attached to his chest, while DaSilva manned the camera and did some grounded light-work of her own to complement the beautiful streaks Santacroce was painting across the sky.

The final shots haven’t been released yet, but here are a few screen grabs to show you what DaSilva was looking at through her lens: 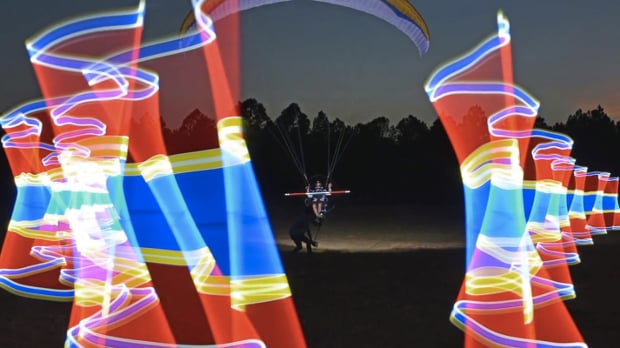 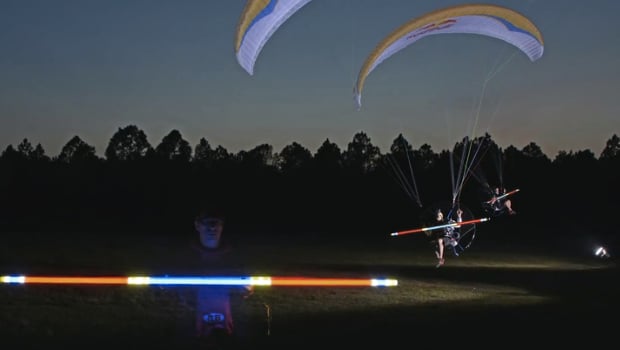 I guess we’ll have to wait and see how the final photos turn out, but if they look anywhere as cool as the wakeboarding pics Red Bull Illume put together in part one of this series, we’ll be in for a real treat.

The iFlashDrive is a Thumb Drive for Your iOS Devices