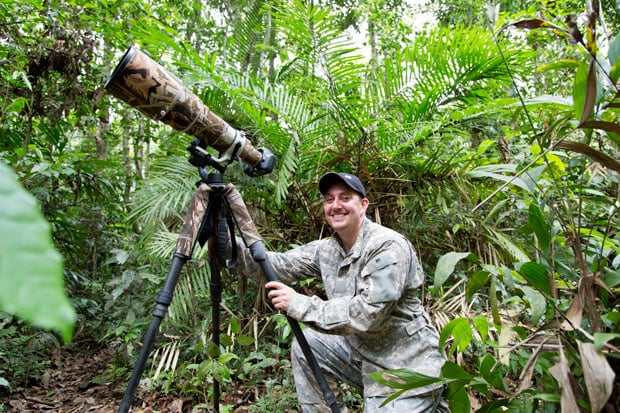 Photographer Jeff Cremer has figured out a winning formula for masking a splash on the Internet: travel to exotic jungles and take pictures of things that are rare, interesting, and bizarre.

Cremer has been exploring the Amazon rainforests of Peru with biologist Phil Torres, hunting for strange things to photograph and then posting them to the Web.

Many of Cremer’s and Torres’ photographs went viral shortly after they were shared. Take this photograph, for example. It’s titled “Donald Trump’s Wig”: 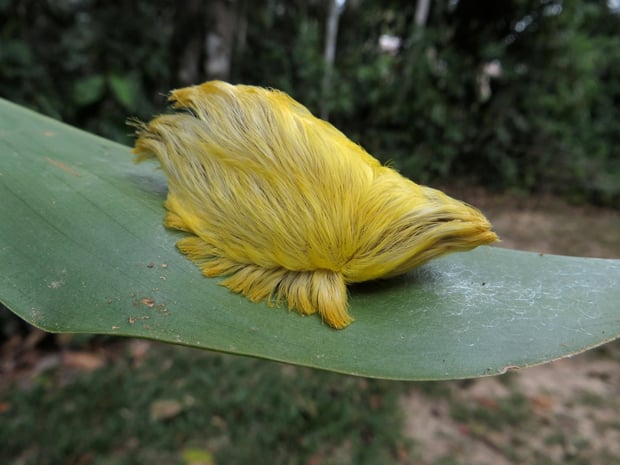 It looks like a strange toupee, but it’s actually the caterpillar of a megalopygid moth. Those yellow hairs are full of spikes that inject painful poison when touched.

After sharing the photograph through social media and his website Rainforest Expeditions, they quickly racked up 1.3 million views.

A number of other photographs have had similar viral success through social media channels. This photograph shows a decoy-building spider that constructs a giant fake spider on its web out of debris and dead insects. It’s the only creature known to build a larger version of itself, and its efforts likely increase its chances of survival: 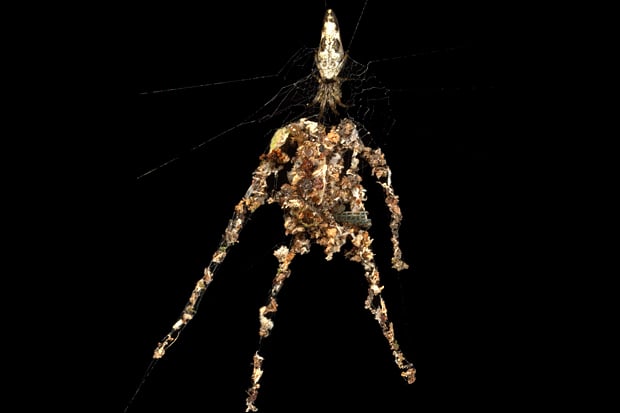 That photograph has received millions of views and was featured in a 2012 story in Wired Magazine. 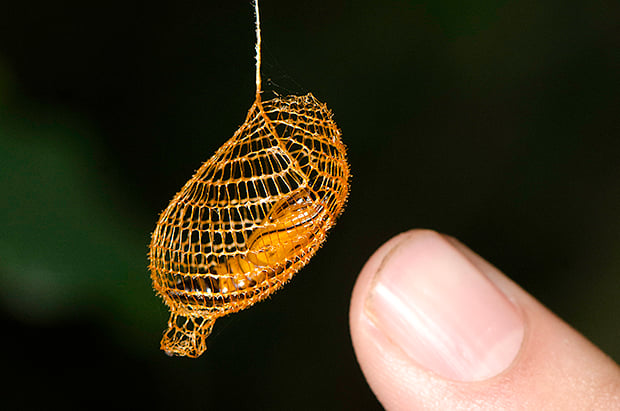 Cremer tells us he’s working in an area of the rainforest roughly the size of the country of Belgium (30,000 square kilometers), and that the area contains thousands of species of insects, 600 species of birds, and 200 species of mammals.

For smaller insects, Cremer photographs using a Canon 7D and a MP-E 65mm macro lens. For other shots, he uses a 600mm f/4 IS lens, sometimes with a 2x teleconverter for what is effectively a 1920mm focal length on his crop sensor.

Many photographers these days are trying to figure out ways to have their work spread virally on the web. Cremer says that for him, it’s just a matter of “letting the rainforest speak for itself.”

His photos have been so effective at marketing themselves that Cremer has launched a new social media oriented workshop in Peru geared specifically at shooting viral photographs and for marketing. Called the “Viral Content Creation Workshop,” it’s a $2,900 course that takes you through the forest to spot and shoot your own viral content.

If you don’t have the time or the resources to make a trip to the rainforest to learn Cremer’s methods in person, you can glean some knowledge by simply looking at his recent projects. He’s the same photographer who in 2012 created the highest resolution photograph ever shot of Machu Picchu.